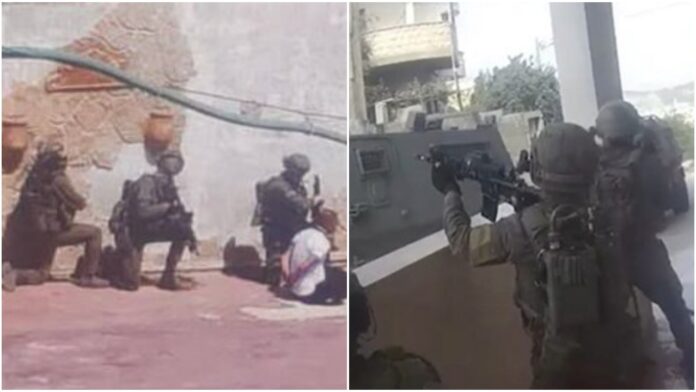 Israeli security forces carried out a rare daytime counterterrorism operation in Wadi Burqin near Jenin on Tuesday with the aim of arresting a suspect involved in the death of police commando Noam Raz, h’yd.

IDF soldiers surrounded the home of the suspect, Muhammad Husam al-Tubasi, a member of the Palestinian Authority’s security forces, who refused to exit until anti-tank shells were fired at his home.

Terrorists opened fire on the IDF soldiers and a gun battle ensued but fortunately, they managed to arrest the suspect and leave the area without casualties. Security forces seized two M-16 rifles, a military vest, and several gun cartridges from Tubasi’s home.

The operation was carried out by Golani and Duvdevan soldiers, Border Police officers, and Shin Bet operatives.

The IDF had carried out a diversionary operation overnight Monday while operating an aircraft over the area.

Additionally, the IDF, Shin Bet and the Border Police operated overnight in Shechem and a number of Arab villages and arrested a number of terror suspects.