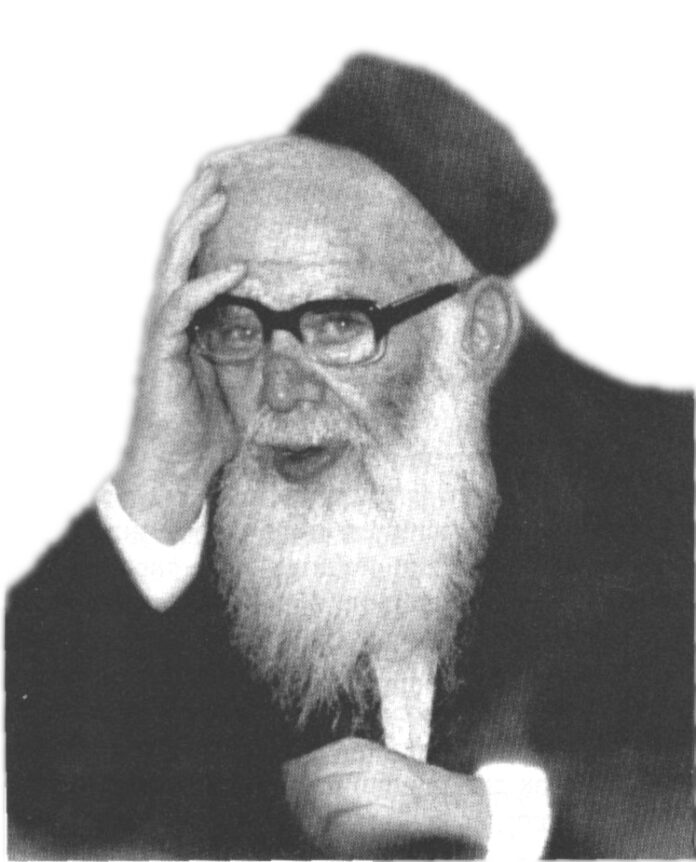 55 years ago, something remarkable happened.  It happened for the very first time in nearly two millennium.  What was it?

The Kosel and Har Habayis came back under Jewish control.

Yerushalayim. 1967 was very special. The people of Eretz Yisroel defended her against attackers that wished to annihilate her at every border. It is special not because we captured the eastern half of yerushalayim. But because Hashem gave her back to use and freed her.

It is a very essential difference.

That reunification was the culmination of the tefilos of our bubbies and zeidies for two thousand years – something that our ancestors could only dream of. For the previous 19 years before 1867, we American Jews could only access the Kosel as Americans, flying to Amman, Jordan, on an American passport. After 1967, we could visit the Kosel once again through Eretz Yisroel.  And the Jews of Eretz Yisroel could not visit at all.

But now, we have her and we must feel that sense of hakaras hatov to Hashem yisarach that seems, of late, to be a bit lacking.

Rav Mordechai Gifter zt”l used to say that we must all focus on the fact that when Chazal enacted the addition of, “Mashiv haruach omorid hagashem” they did it to correlate with the weather of Eretz Yisroel instead of the individual patterns in all of the far flung places in which Klal Yisroel ended up. They did so in order that we would always remember her.

Imagine a farmer in a far off land. He needs rain. He adds it in his prayers, but not for the location where he is located. The prayer for rain is for the needs of Eretz Yisroel! Why? So that Eretz Yisroel and Yerushalayim will never be forgotten.

“If I forget you, O Yerushalayim, let me forget my right hand.

Let my tongue cleave to the roof of my mouth, if I do not remember you.

If I do not set Yerushalayim at my highest aspirations of joy.”

In these words, Dovid HaMelech is pointing out the two tell-tale signs of a stroke. He is essentially saying that he should have a stroke if he does not remember Yerushalayim.

The world should dare not tell us to forget Yerushalayim in light of these words of King David. The Bible tells us that G-d has said, “Yerushalayim is the city where I have chosen to place My Name (Kings I 11:36).” Indeed, Yerushalayim is mentioned throughout TaNaCh some 650 times and not once, l’havdil in the Koran.

SYNONYMOUS WITH THE JEWISH PEOPLE

The answer is because Yerushalayim – all of it – is intrinsically connected with Klal Yisroel. The navi further states, “For Hashem has comforted His people – He has redeemed Yerushalayim (Yishayahu 52:9). And also Yishayahu (65:19), “I will rejoice in Yerushalayim and be glad in My people.”

Europe, the United Nations, BDS supporters – take heed and know that it was always, always ours. Look at Tehillim 102:15, “Her servants desired her stones, her very dust moves them to pity.” We have never, ever, left Yerushalayim, and even when times were difficult, we always pined for her. We pined for her stones, her dust, and her spiritual nurturing.

Yerushalayim has been holy to the Jewish people since the dawn of history and before. Where was the binding of Yitzchak? It was on Har haMoriah, in Yerushalayim, the place that Hashem shall choose (See Dvarim 12:5).

The Rambam tells us (Hilchos Beis HaBechirah 6:14) that the sanctification that was made in Israel’s First Commonweath still stands and will stand for all time.

He writes, “the sanctity of the [area of the] Mikdash and of Yerushalayim emanates from the Shechina (Divine Presence) and the Shechina can never be annulled.”

THE BOMB AT THE MIRRER

There were open miracles in the battle 55 years ago, where enemy forces threatened to annihilate Eretz Yisroel and its people.  A bomb landed on the Mirrer Yeshiva in Yerushalayim.  Miraculously, it did not detonate. And of course, we got the Kosel back.

In Az Yashir we read the reaction of the nations in the aftermath of the exodus from Egypt: “Then the chieftains of Edom were startled; as for the powerful men of Moab, trembling seized them.”

Rav Chaim Shmulevitz, zt’l, notes that this pasuk seems to be revealing some great chiddush or insight. Yet, is it not obvious that when faced with open miracles people are startled and tremble? (Hagaddah of the Roshei Yeshiva of Mir, p. 226)

Rav Chaim Shmulevitz answers that it is not so obvious. It is the nature of people not to change themselves even after seeing open miracles. “This explains why people around us now are not changing after seeing the open miracles of the Six Day War,” adds Rav Shmulevitz. This shmuess was delivered in June, 1967 in the Mirrer Yeshiva in Yerushalayim. The Mir experienced an open miracle when a bomb that crashed through the ceiling did not explode.

Reb Dan Waldman, who fought in 1967, recollects the following:

“We had 200 planes. They had three entire air forces. Rabim b’yad me’atim — we had 2.5 million Jews; they had four entire nations. There were numerous miracles.

“There was no feeling like it in the world. I remember soldiers saying that they will not liberate Yerushalayim from Shaar HaAshpa [Dung Gate]; they went in through the Lions’ Gate. Everyone realized that these were open miracles — chareidim in Bnei Brak and even the most secular people.

“Hashem won us this war not in six days but in six hours. There were such nissim. The Jordanians knew that our planes were bombing those of the Egyptians. They sent a message to Egypt. Hashem made it that they changed the codes the previous day and did not inform the Jordanians. This was Yad Hashem. The complete destruction of the Egyptian Air Force in hours. This was Yad Hashem.”

The Temple Mount is the holiest place on earth where Hashem’s Divine Presence was and is still most concentrated.  The Kosel is the last remaining wall that surrounds Har HaBayis, the Temple mount and is called the “Wailing Wall” because Jews have gathered before it to cry over the loss of the Temple, the Beis HaMikdash.   The day that we got back the Kosel and the eastern half of Jerusalem is known as “Yom Yerushalayim” and is commemorated on the 28th of Iyar each year.  It might therefore be beneficial for us to review some aspects and halachos of the Kosel and how we must relate to it now in its current state.

Firstly, let us note the significance of the Bais HaMikdash and its ever-relevant enormity in our own times as well.  There is a verse in Ovadiah (1:17) that states, “And on the Mountain of Zion shall be the salvation.”  The Emek HaMelech (14:134) writes that this verse teaches us that the prayers of the righteous and great people of Yerushalayim at the Western Wall are what saves the world.  He writes that their tears and supplications keep the world intact, and were it not for their prayers at this most holy of places the world would be destroyed.

The Midrash tells us (Shmos Rabbah 2:2) that the Shechina, the Divine Presence, has not budged from the Western Wall.  The presence of the Shechina, according to the Alshich (VaYikra 25:29), is the surety the promise, that Hashem will ultimately redeem us.

These two sources indicate to us a positive, hopeful aspect of the Makom HaMikdash, in our times.  It is a place of enormous Kedusha – holiness, and one which brings current salvation to the world now, and the hope and promise of the ultimate future redemption of the Jewish people.  This is remarkably inspiring and uplifting.

Yet at the same time, the destruction of the Bais HaMikdash evokes deep feelings of sadness and pain.  We rip Kriyah when we see it. It is not just a regular Kriyah but the more serious one that occurs near the heart itself.  When we rip Kriyah, the ripping should never be repaired completely.

The destruction should move us.  Indeed, the Mishna Brurah (561:4) writes that on the day that a person first sees Yerushalayim in its state of disrepair it is proper and appropriate for that person to refrain from eating meat and drinking wine.

The fact that we do have sovereignty over the Temple Mount and its regions obligates us in maintaining its sanctity.  Technically, gentiles should not be allowed to enter the inner section of the Temple Mount – from the “Chayil” and further in (See Mishna Keilim 1:8 and Tzitz Eliezer 10:1:10 for the contemporary application).  Indeed, in 1871, Charles Clermont Ganneau, a French archaeologist and diplomat, found a stone with an inscription in Greek which forbade entry to all gentiles past that point.   Thus a travel agent should not promote a tour to Israel for gentiles who will ascend to the inner section of the Temple Mount.  Indeed, it is even forbidden for a videography editor to request a gentile to film sections of the Temple Mount because he will stay there longer on account of the request.

It is important to note that when dealing with the Bais HaMikdash and davening at the Kosel, our focus must on HaKadosh Boruch Hu and not on the physical aspect of the Kosel itself.  Indeed, a fascinating point, confirmed by Rav Chaim Kanievsky zt”l, is that when davening at the Kosel one should not face completely toward the Kosel.  Rather, one should face left toward the Kodash HaKadoshim.

Another question arises as to whether there exists a Mitzvah to go to Eretz Yisroel during the Shalosh Regalim  even in its current state of destruction.  The Rambam in Hilchos Chagiga (1:1) states that there is no Mitzvah because the obligation is only to bring a Korban Chagigah and Olah and to appear in the Temple.   The opinion of the Tashbatz (Responsa III # 201), however, at least according to the way most achronim understand him, is that there is indeed a Mitzvah of Aliyah l’regel, even nowadays when there is no extant Beis HaMikdash.  This is also the view of the Sdei Chemed, the Chasam Sopher (Yevamos 44a), and the Aruch LaNer.  The RaN in Taanis (first Mishna) also writes this.

Rav Elyashiv zatzal was careful to observe this Mitzvah and go to the Kosel every Yom Tov.  When he got older and could no longer make the walk he would do so during the latter days of the Yom Tov – the 7 days of Tashlumim.  [Once, my brother-in-law accompanied him on the way back from the Kosel on Yom Tov].

The fact that we currently have access to the Kosel, thus has remarkable relevance, as we can now fulfill this Mitzvah of the Tashbatz.

The ideal method of performing the Mitzvah, however, is on the first day of the Yom Tov as Rav Elyashiv had observed it.  This can be seen from the words of the Rambam  in Chagiga 1:1. So, whoever is in Yerushalayim and can make the walk to the Kosel on the first day of the Yom Tov should definitely do so.  In non-corona times, if one can afford to go to Eretz Yisroel for Yom Tov from Chutz LaAretz, then one should do so as well.