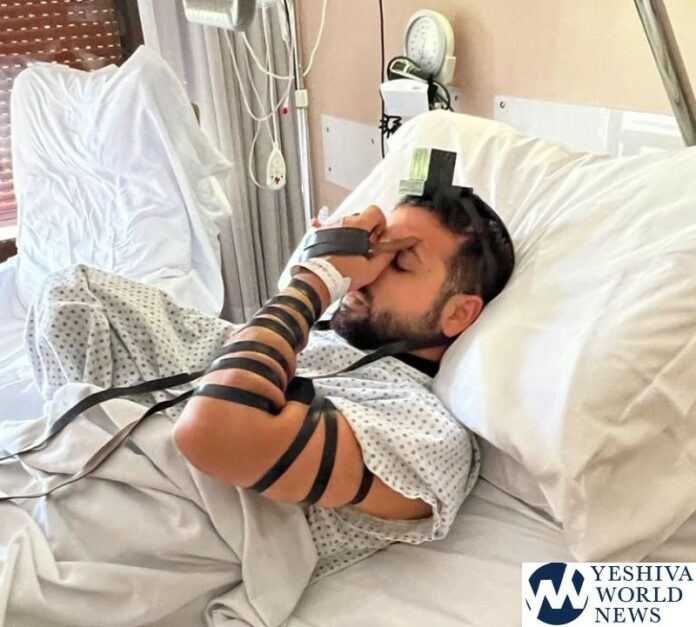 Popular singer Yoni Z (Zeigelbaum) was hospitalized after being involved in an accident in Rome while riding a Vespa scooter.

Yoni was in Rome to promote his new music album, where he was scheduled to remain for just 24 hours before continuing on to Israel.

On Sunday morning, an update was posted which read “Baruch Hashem, Yoni is in COMPLETELY stable condition! There seem to have been media outlets that misspoke. The doctors are absolutely certain he will God willing make a full recovery. Our family and Yoni cannot thank everyone enough for the tremendous support and continue to keep him in your tefilos. Thank you!”

Please have Yonatan ben Sigalit in your tefillos.