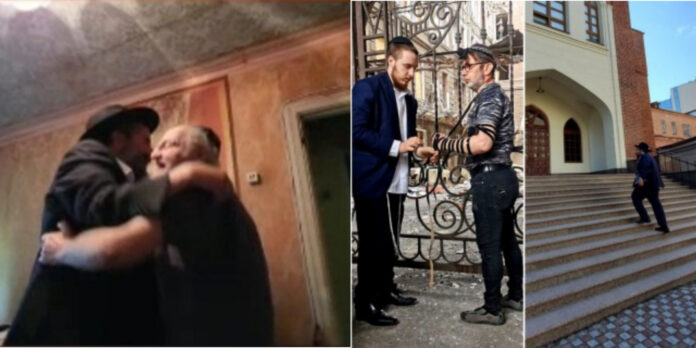 Kharkiv was the first city that the Russians tried to conquer and suffered from heavy shelling, which killed at least two Jews. Fortunately, the Russians were eventually pushed back from Kharkiv and the surrounding towns by the Ukrainian army.

Rav Moskowitz, who returned to the city together with two of his children, was greeted with great excitement by members of his kehilla. He immediately began making the rounds of the city and visiting housebound and elderly Jews. In the moving video below, he’s seen visiting Yitzchak, one of the elderly Jews of the community.

Over 100 Jews lived inside the Chabad choral shul complex [the largest shul complex in Europe] throughout the war and HaRav Moskowitz took care of all their needs, even after he left the city after being warned that Rabbanim may be targeted by antisemitic Chechen soldiers.

However, life in Kharkiv is far from normal, according to HaRav Moscowitz’s wife, Miriam Moskowitz. “There are people who are still living in the shul; some of them do not even have houses or homes,” she said. “Twenty percent of the city’s residents don’t have homes to come back to. My husband said the streets are pretty empty, and a lot of buildings have windows boarded up, but today was the first day the government opened the subway.”

Kharkiv Mayor Ihor Terekhov visited the Chabad Choral shul this week and met with HaRav Moskowitz and local community members. The mayor was impressed by the humanitarian assistance provided by HaRav Moskowitz, including the aid packages sent to the city’s Jews throughout the war, with the assistance of the Jewish Federation of Ukraine. Tens of thousands of aid packages were sent throughout the war by the federation. 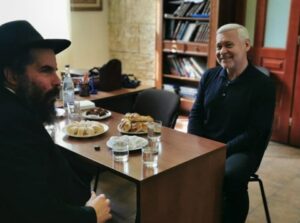 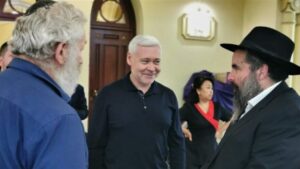 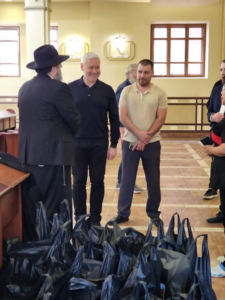 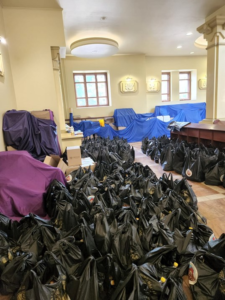