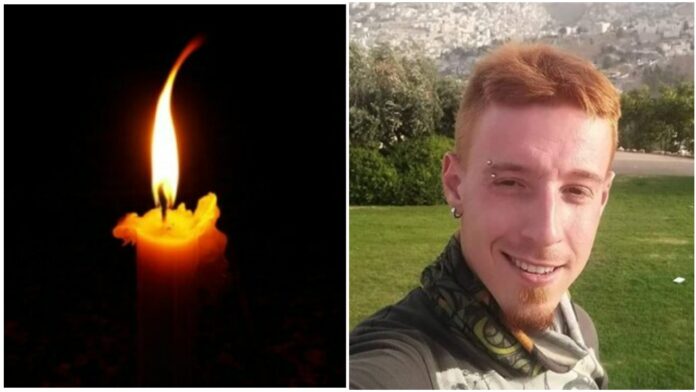 Serafim Sabaranskiy, z’l, a Jewish Ukrainian, was killed in action on Sunday when a Russian missile landed near his position, JTA reported.

Sabaranskiy, 29, was an active member of the Kharkiv branch of Hillel. Unlike the US, where Hillel is affiliated with universities, in Ukraine and other countries, Hillel centers are Jewish community centers for young adults into their thirties.

Yuliya Pototska, the director of the Kharkiv Hillel branch, [which has been destroyed by Russian bombs], told JTA that Sabaranskiy was an active participant in local Jewish life. and traveled to Israel on a Hillel-sponsored Birthright trip two years ago.

This is what is left of the Hillel in Kharkiv that I spent a summer volunteering at. Devastating and Infuriating. Sending so much love to our Ukrainian brothers & sisters!! #Ukraine #Jewish #HillelInternational pic.twitter.com/WE0eBaN6n3

Ironically and tragically, Sabaranskiy’s mother is an ardent supporter of Putin and moved from Kharkiv to Russia after its annexation of Crimea in 2014, Pototska said. In fact, her belief in Putin is so strong that she refuses to believe that her son was killed by a Russian strike, instead blaming Ukraine’s own government as she believes that the Russians invaded Ukraine to save the people from “Nazi persecution.”

We are heartbroken to share that Serafim, a student at Kharkiv Hillel, has been killed defending Ukraine. We are sharing our love and our prayers with Sefarim’s family and friends. He died a hero. 💙 May his memory always be a blessing and a comfort. pic.twitter.com/P3Sg7WP8KI