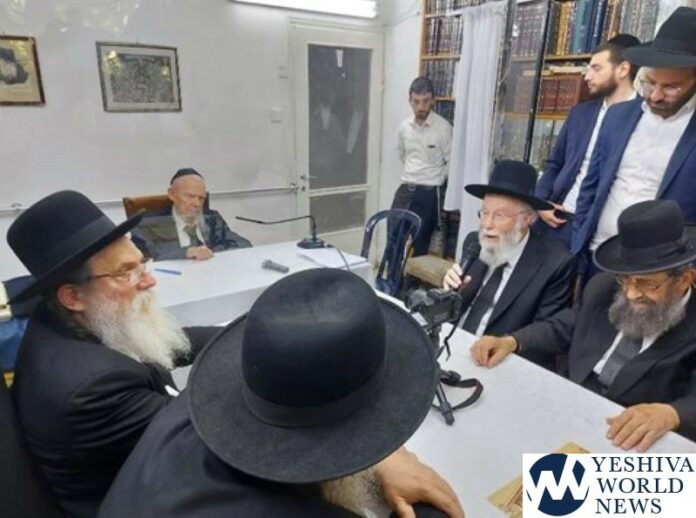 A ceremony marking the appointment of a new Rav for the Ayelet Hashachar neighborhood of Bnei Brak took place at the home of the HaGaon HaRav Gershon Edelstein on Monday evening.

During the speech of Bnei Brak Mayor Avraham Rubinstein, he repeatedly referred to HaRav Edelstein by the title of ‘רשכבה’ג – Rabban shel kol Bnei HaGolah.’

HaRav Edelstein was not pleased by the title, as can be seen in the video below. After the mayor repeated it for the second time, those around him signaled to him to stop.