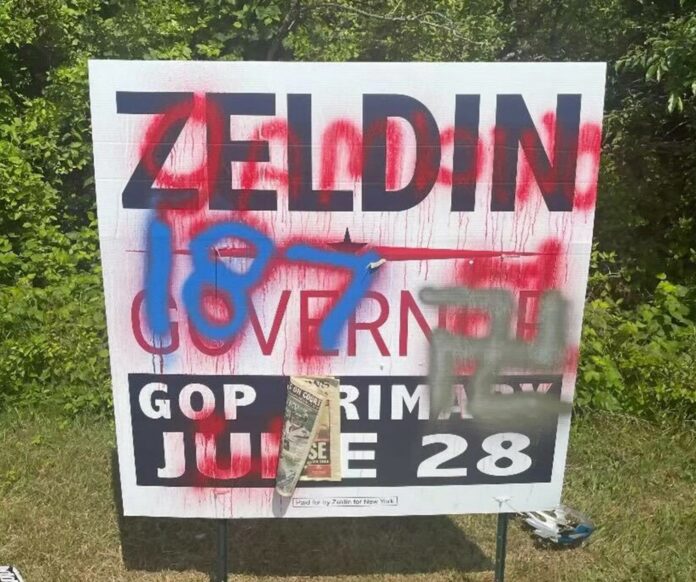 The message, which included a swastika and the number 187, was found scrawled on a lawn sign in Huntington in Suffolk County, Zeldin’s home turf.

Zeldin’s campaign said in a statement that the number 187 is the California penal code for murder and “has been universally adopted as a common death threat.”

“In the United States, we settle our scores at the ballot box, and this type of raw hate must never have any home on Long Island or anywhere else in our state and country,” said campaign representative Katie Vincentz. “Congressman Zeldin is thankful for the Suffolk County Police Department as they work to identify the perpetrators.”

Zeldin will square off against Andrew Giuliani, Rob Astorino, and Harry Wilson in Tuesday’s primary – all of whom he has been leading in numerous successive polls.