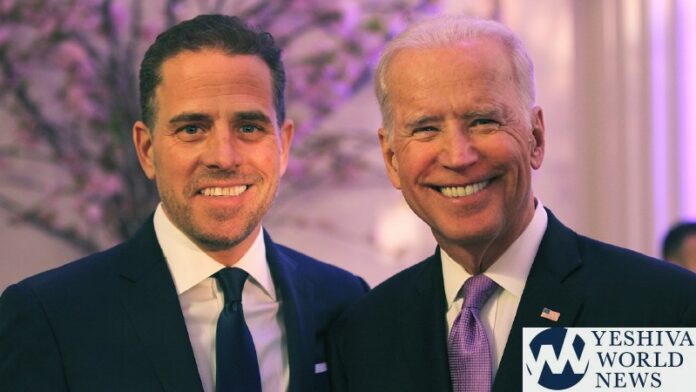 A voicemail sent from Joe Biden to his son, Hunter, proves that Joe did discuss his son’s business dealings with a Chinese criminal who Hunter dubbed the “spy chief of China,” despite the White House’s insistence otherwise.

Joe Biden called Hunter on December 18, 2018, saying that he wanted to talk after reading a story in the New York Times about Hunter’s dealings with Chinese oil giant CEFC. Files found on Hunter’s discarded laptop showed that he struck a deal with the company worth millions of dollars.

The Times’ story showed that Hunter met with CEFC Chairman Ye Jianming at a Miami hotel in 2017 to discuss “a partnership to invest in American infrastructure and energy deals.”

“Hey pal, it’s Dad. It’s 8:15 on Wednesday night. If you get a chance, just give me a call. Nothing urgent. I just wanted to talk to you,” Biden can be heard saying on the voicemail.

“I thought the article released online, it’s going to be printed tomorrow in the Times, was good. I think you’re clear. And anyway if you get a chance, give me a call, I love you.”

The message exposes what many already assumed: Joe did, in fact, discuss Hunter’s business dealings with him.

The White House has so far declined to comment on the revelation.