A Jewish toddler was orphaned of both of his parents, who were gunned down at the Fourth of July parade in Highland Park, Illinois, on Monday.

Aiden’s parents, Irina Levberg, a’h, 35, and Kevin McCarthy, 37, both tragically succumbed to their wounds. Aiden reportedly was saved from death because his father shielded him with his body. He was then found on the street and cared for by strangers and the police, who eventually reunited him with his grandparents, Misha and Nina Levberg.

The Levbergs are Jewish immigrants from Russia who tragically lost their only child Irina, a’h, in the massacre. Misha, 65,  told the Chicago Sun Times that he went to the police station after a neighbor showed him a photo of the lost toddler.

“When I picked him up, he said, ‘Are Mommy and Daddy coming soon?” Misha said Tuesday evening. “He doesn’t understand.”

The Levbergs are caring for Aiden in the tragic absence of his parents. A GoFundMe has been set up to assist little Aiden as he begins his life as an orphan. Donations can be made by clicking here.

We are utterly heartbroken to report the toddler who was separated from his parents in yesterday’s Highland Park shooting is now an orphan.

Both parents – Irina Levberg and Kevin McCarthy – were amongst the 7 victims of yesterday’s mass shooting. pic.twitter.com/iwLtgRhnwT

Two other victims who are reportedly Jewish, (but it has not been confirmed) are Dr. Katherine Goldstein, 64, and Stephen Strauss, 88, in addition to Jacki Sundheim, a’h.

Sadly, Dr. Goldstein, the wife of Dr. Craig Goldstein and mother of two daughters in their early 20s, was gunned down in front of her daughter Cassie, 22. 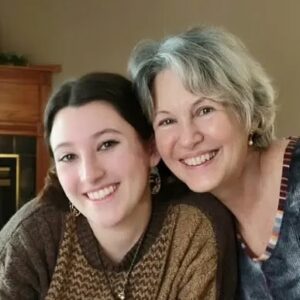 Stephen Strauss was a father of two, grandfather of four and a financial adviser who, at 88, still took the train every day from his Highland Park home to his office at a brokerage firm in Chicago, his niece, Cynthia Straus, said in a phone interview, according to Jewish Breaking News. 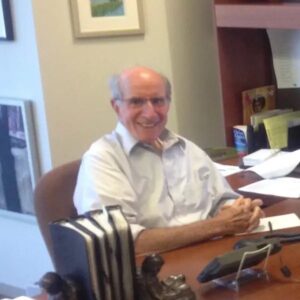 “He was an honorable man who worked his whole life and looked out for his family and gave everyone the best he had,” Ms. Straus said. “He was kind and gentle and had huge intelligence and humor and wit.”

He was devoted to his wife, she said, and intensely close with his brother, and extremely health-conscious: “He exercised as if he were 50.”