The mother of Ibrahim Nabulsi, who was killed in an IDF operation on Tuesday, not only seemed to rejoice at her son’s funeral but later stated that there should be “100 more Ibrahims.”

“Ibrahim was shot,” she said, in a video translated by AbuEliEnglish. “But there are 100 more Ibrahims here. Everyone here is Ibrahim. You’re all my children. You’re all Ibrahim.”

The crowd then chanted: “Congratulations to the martyr’s mother. I wish my mother would take your place.” 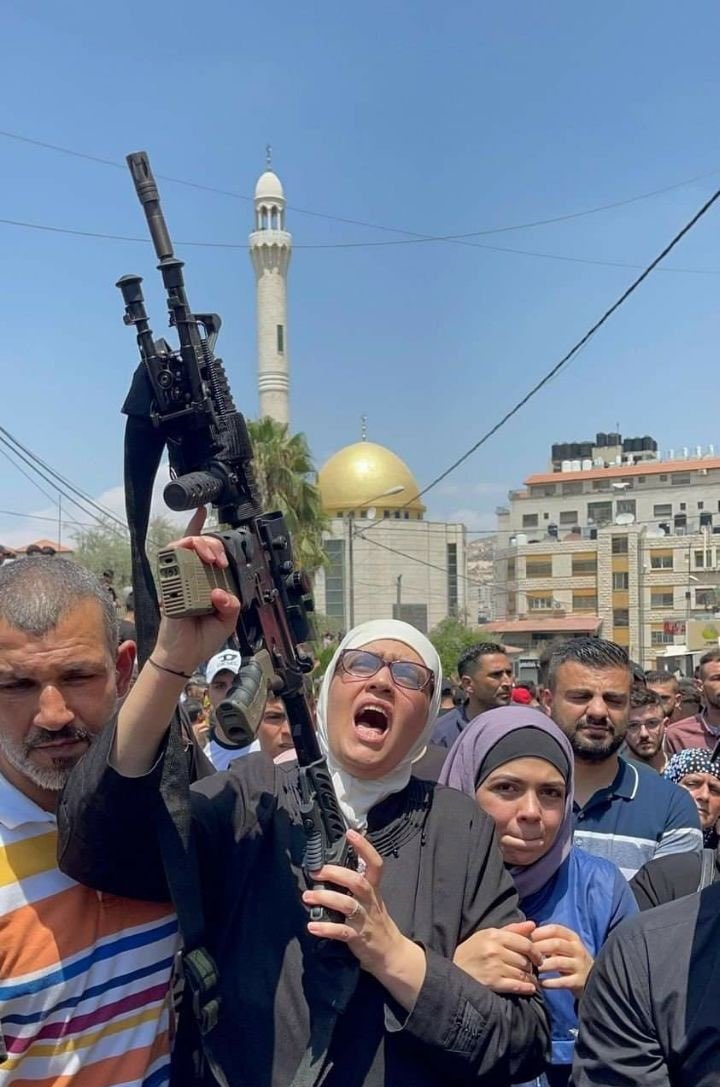 Former MK Michael Ben-Ari tweeted the photo of Ibrahim’s mother smiling at the funeral and commented: “Just saying – Nazi mothers didn’t rejoice when they heard their children were killed.”