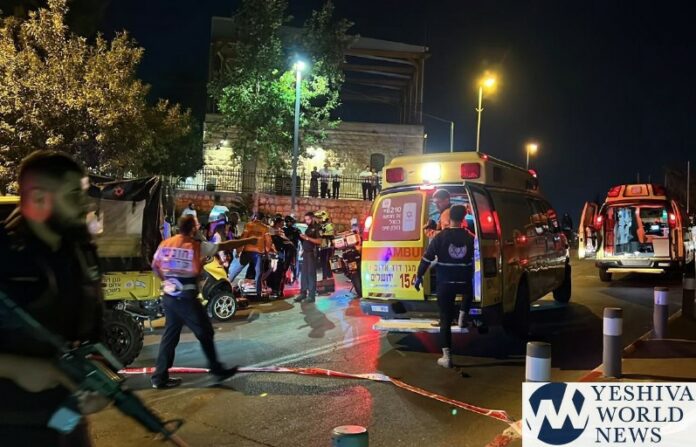 Two members of a Williamsburg family were among the 7 victims shot in the Jerusalem terror attack on motzei shabbos.

A third American – a pregnant female resident of Boro Park – was also shot.

Sources tell YWN that a Williamsburg family of four had arrived in Israel this past Wednesday and were heading to Kever David Hemelech when they were on the bus which was attacked. Two members of the family were shot. Two others escaped serious injury. The father of the family is in critical condition and currently on life support.

A Boro Park resident was also among the victims. She is reportedly pregnant and is in critical condition.

Family members of the Williamsburg victims are currently en route to Eretz Yisroel.