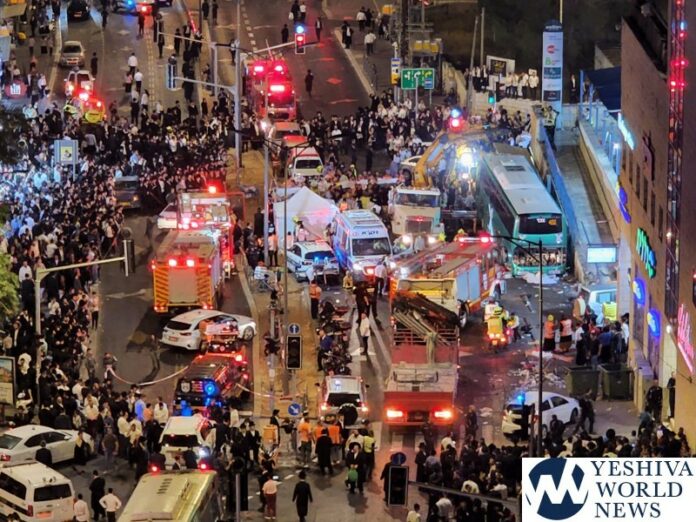 Motty Glustein, the brother-in-law of Shoshana Glustein, a’h, who was killed along with her two young daughters in the accident last week in Jerusalem, described the horrifying moments in which he realized that his relatives were killed.

“I was there with my extended family and we [his immediate family] were saved from the inferno,” Glustein said in an interview with Radio Kol Chai. “I was speaking with my family members and the bus came and literally bisected our family.”

“There were difficult scenes there. I’ve worked in the medical field for many years. I tried to digest what happened and before I even understood the magnitude of the tragedy, I began triaging and I see my niece and sister-in-law.”

“Nothing could have prepared me for this. Hakadosh Baruch Hu gives us supernatural kochos hanefesh at an incident like this. I heard the hesped and I’m not on that level. I went to the home in Ofakim and there’s strength there that I don’t have.”