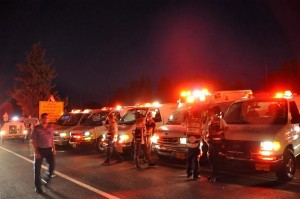 While Am Yisrael is being mispallel for the young boys who continue fighting for their lives in Schneider Children’s Hospital, the surviving children of the Gross family from the pesticide incident, sikrikim are explaining the cause of the tragedies that have befallen us. There was also the fatal explosion in Gilo that claimed the lives of a couple and their small child, and the death of the infant in a Rishon L’Tzion.

Coming after the release of the message from sikrikim was the petira on Shabbos morning of another baby in Yerushalayim.

In the official publication Neturei Karta it states “We must awaken to the sin of the Zionist heresy that strikes our heart, those who openly and who publically and the mass crowds that take part in its leadership and want this existence…” It continues to address the chilul kevarim “by those disguised as chareidim” and the hechsher from rabbonim, giving a hand towards uprooting Torah and faith while there are communities and their leaders giving their consent to such actions, while the crowds who the G-d fearing in Eretz Yisrael and the Diaspora, including Torah sages who protest these actions towards glorifying HKBH’s name.

It is pointed out that since Elul, when “rabbonim and leaders gave their approval to the chilul kevarim in Beit Shemesh, until today, we have been stricken with various tzoros as a result including the sudden deaths of infants” as a result.

The article continues with a strongly worded call to stop the chilul kevarim for enough blood has been spilled”.