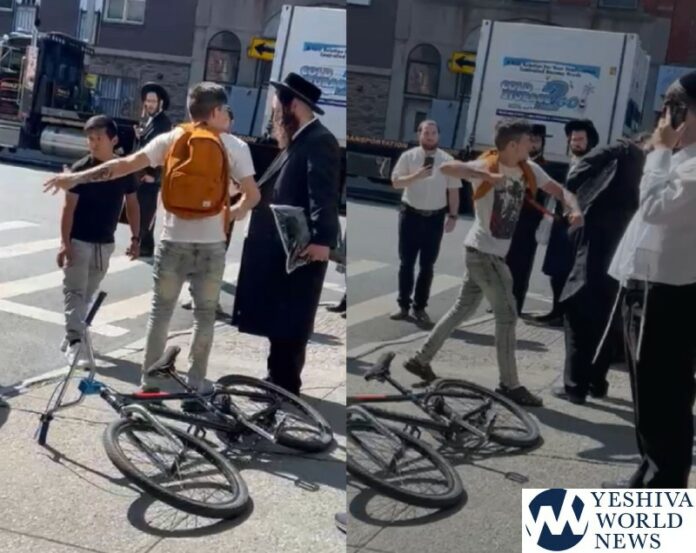 A fight over a parking spot in Williamsburg turned violent Tuesday morning, resulting in a Chasidic man requiring stitches after being punched in the face, Williamsburg Shomrim told YWN.

Shocking video taken at the scene showed the Chasidic man engaged in a dispute with a relative of a driver he was arguing with, who claimed that he took their parking spot. The video shows the Jewish man being pushed up against a gate before his attacker became more aggressive and punched his victim in the face.

Shockingly, multiple people watching the disturbing incident unfold did nothing as the innocent man was beaten by a stranger. Rather than helping, the people nearby either stood around and watched, or worse, videoed the incident without stepping in.

The incident is being investigated by the NYPD, but not as a hate crime, and contrary to suggestions made by Dov Hikind on Twitter, there was no evidence that the attacker is a “violent antisemite.”