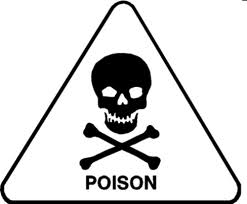 MK (Yahadut Hatorah) Rav Uri Maklev is calling to establish a regulatory mechanism to oversee the use of pesticides. He feels there is also a need for increased public education.

“Pesticide use must be set by the law, increased regulation and public education activities as how to act on the issue because it presents true mortal danger” said MK Maklev. Following the recent tragedy that struck the Gross family of Yerushalayim, Maklev is working to expedite a bill addressing the use of pesticides.

“After such a difficult tragedy in which they lost two daughters and they are now dealing with the two children who remain in life-threatening condition, the Gross parents have proven the extent of their emunah that pulsates in their proximity and how unshakable emunah can strengthen others and turn a personal tragedy into concern for the general public. Their impassioned pleas for tefilos were responded to by the general public in an outstanding fashion. The parents exhibited extraordinary magnanimity and did not seek to blame, but this does not absolve us from discussing this and arriving at the necessary conclusions” he added.

Maklev explains the regulation process must be ingrained in the law alongside improved public education, citing “pesticide use is not like washing one’s floor and the public must be educated as to the substances and the dangers they pose.”

Regarding the Terem Emergency Clinic’s alleged failure to properly diagnose the children on the evening before they died, Maklev explains “Many clinics have gone commercial and doctors are operating on the basis of earning a profit resulting in a decline in the level of professionalism and care for patients, reaching a life-threatening level. If these clinics are placing themselves as alternatives to hospital emergency rooms and kupot cholim (HMOs), then one would expect the level of professionalism to be commensurate and not dismissive. The clinic must stand up and face the accusations and not seek to pass the responsibility elsewhere.”

Maklev concludes by sending tanchumim to the family along with a call to the tzibur to continue being mispallel for the boys.

The tzibur is asked to continue being mispallel for the boys, רפאל יצחק איזייק בן מיכל and his brother חיים מיכאל.