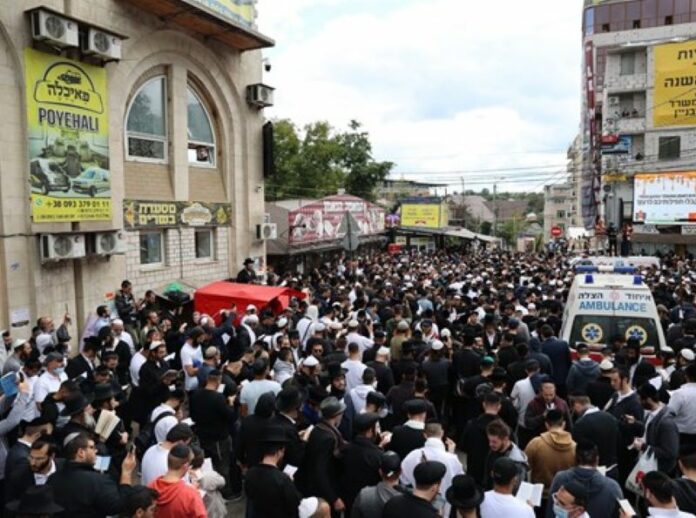 Following a notice by the U.S. Embassy in Kyiv advising US citizens not to travel to Ukraine, the US Embassy in Jerusalem republished the message in Israel specifically for US citizens in Israel planning on traveling to Uman for Rosh Hashanah.

In a message entitled “Travel Advisory: For US Citizens – Do Not Travel To Uman For Rosh Hashanah,” the embassy stated: “The US Embassy in Jerusalem is repeating this important message from the US Embassy in Kyiv for your information and preparedness. We strongly support Embassy Kyvy’s warning against travel to Ukraine for any purpose.”

“The Department of State continues to advise that U.S. citizens not travel to Ukraine due to active armed conflict. Those U.S citizens in Ukraine should depart if it is safe to do so using commercial or other privately available ground transportation options.”

“There are continued reports of Russian forces and their proxies singling out U.S. citizens in Ukraine for detention, interrogation, or harassment because of their nationality. U.S. citizens have also been singled out when evacuating by land through Russia-occupied territory or to Russia or Belarus.”

The Ukrainian embassy in Israel also published a second message earlier this week urging Israelis to avoid traveling to Uman.

“When the echoes of the Russian enemy explosions on Ukraine don’t stop, we must take care of ourselves,” the Ukrainian embassy in Israel stated. “Please, avoid coming to Uman on Rosh Hashanah and pray that peace will return to Ukraine and the blessed pilgrimage will be renewed.”