In an interview with Kan on Friday, Podolyak said that the Russian army will deliberately fire missiles at Uman when Jews are gathered there and therefore he doesn’t recommend that anyone travel to the area for Rosh Hashanah.

“We have no doubt that some chassidim will make efforts to reach Uman on foot,” he said. “We understand that they won’t listen to our warnings that there is a danger of rockets being fired at Uman,” adding that there is a chance that Russia “will purposely do this to create global repercussions.”

Podolyak added that Ukrainian security forces will try to ensure the welfare of mispallelim but it’s impossible to provide 100% protection. “We’re warning people but those who come are responsible for their own lives. We’re a free country, we can’t prevent people from coming to Uman. We’ll try to actively intervene to maintain basic security so that if there is missile fire, people can find shelter.”

Last week, the Ukrainian security forces carried out intensive training drills in preparation for the arrival of Jews to Uman. 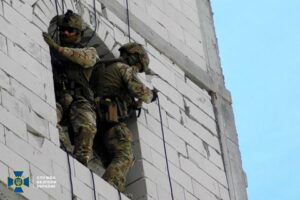 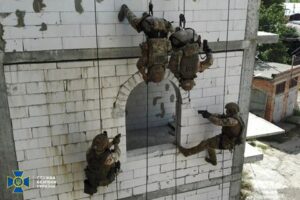