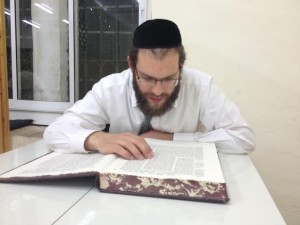 The following is meant as a convenient review of Hilchos Yichud (written by Rabbi Y. Dov Krakowski).  The Piskei Din for the most part are based purely on the Sugyos, Shulchan Aruch and Ramah, and Nosei Keilim unless stated otherwise. They are based on my understanding of the aforementioned texts through the teachings of my Rebeim. As individual circumstances are often important in determining the psak in specific cases, and as there may be different approaches to some of the issues, one should always check with one’s Rov first.

Our Sages, with their deep understanding of human nature, understood well that should people be left to decide on their own what they could or could not do – especially with regard to the powerful issue of intimate relations – men and women might easily put themselves in very problematic situations. Without intending to, they might commit capital transgressions.  For these reasons our Sages constructed a number of ‘barriers’, of steps, to keep people from falling into such traps.

Over the past century our lifestyles have changed drastically. Travel has become much easier and it is more common to have questions regarding Yichud in situations that didn’t come up in days of yore. Likewise the dynamics of the workplace has changed tremendously.  Perhaps not surprisingly, there are at times differences of opinion among the Poskim with regard to many circumstances.  Nonetheless it is very important to be familiar with the basic Halachos of Yichud.

The minimum amount of time required for a transgression of the Issur of Yichud (seclusion with a forbidden woman) is about two minutes. It is a matter of dispute if it is at all permissible to seclude oneself with a woman if one’s plan is only to do so for half a minute. One should therefore not seclude oneself even for a few seconds (Maharil Diskin)

i.      It is likewise permissible to seclude oneself with a grandparent/grandchild etc.

i.      Nowadays, since Chazal forbade single women from going to the Mikva to end their Nida status, single women are generally prohibited Biblically from secluding themselves with a man.

i.      All the aforementioned (3, 3a) applies to all scenarios i.e. tutors, doctors etc. One should consult competent Halachic authority whenever a particular Shaila arises.

i.      Rav Moshe Feinstein maintains that anyone who watches television or movies is considered a Parutz even according to the Ramo (note there are others that differ in opinion and maintain differently. Rav Moshe is the only one who maintains this).

i.      If a person’s job is explicitly with or for women he must then either have his wife with him at all times, or make sure that his workplace visible to frequent passersby. If he cannot help but be secluded with women (even multiple women at one time) he then is obligated to quit his job.

ii.      It is likely that someone who teaches girls (or any other form of Mechanech to females) on a regular basis is considered to “work with women” and as such must be more particular with hilchos yichud as mentioned in 5a and 5ai.

i.      If a friendly relationship develops or is apt to develop one should consult with a competent halachic authority.

i.      If people generally pass by every 10 minutes or so then it definitely can be considered a frequented area.

i.      It is advisable to have a way to check-up periodically on a child’s situation with a tutor, mentor, or therapist etc. (This could include such things as video surveillance, for instance).

ii.      It is preferable that a single man shouldn’t live alone with a dog either.

i.      Rav Moshe Feinstein suggests that seclusion of two males on a regular basis should be avoided. Therefore many Yeshivos are makpid not to have locks on dorm rooms (so as to allow frequent traffic between dorm rooms), or to have always more than two boys per room.

ii.      Married men who live away from home during the week etc. (but go home to their wives occasionally) may seclude themselves together even on a regular basis.

Hilchos Yichud may at times complicate work and social life. Here are a few ways to alleviate the difficulties that may arise from proper adherence to Hilchos Yichud:

Dating can present special challenges as a dating couple may want some privacy and they are often trying to build a relationship – if they are not already in the middle of one  . Therefore it is important that a dating couple take special care to insure that the places they are going to for dates should be appropriate:

Since when someone is counselling another person it is crucial to be open and personal, it is likely that there will be more shailos that arise. It is therefore very important that someone who works in such a capacity should consult with a competent Halachic authority to receive guidelines as to what is ok and what isn’t. Remember hilchos Yichud is not a matter of Hashkafa but rather one of Halacha.