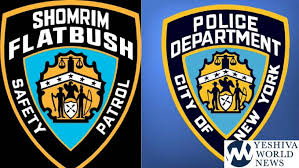 At around 9:30 pm Monday evening, a group of 10th grade bochurim from Yeshiva Tiferes Yisroel in Flatbush were walking near Kings Highway and E. 35th as they made their way to the yeshiva for night seder.

Without warning, a passing vehicle pulled next to them before the driver rolled down the window, brandished a firearm, and told the boys to “go home.”

The bochurim ran to the yeshiva, which is just a block away from the incident, and notified their rebbeim and yeshiva administration. Police and Flatbush Shomrim were called in to investigate.

Flatbush Shomrim canvassed the area for an extended period of time in search of the vehicle, but were unable to make any positive identifications.

The NYPD said it will step up patrols in the area near the yeshiva in response to the incident, and that they had a report of a similar incident occurring near where the bochurim were targeted, though it isn’t yet known whether the same vehicle/driver is responsible for both incidents.