Interior Minister Ayelet Shaked revoked the residency of the family members of the terrorist who murdered four IDF soldiers in a ramming attack in the Armon Hanatziv neighborhood of Jerusalem in 2017.

“In accordance with the ruling given today in the Court of Appeals, I issued an order to revoke the status of the family members of the terrorist who murdered four IDF soldiers in Armon Hanatziv in Jerusalem, the late Lieutenant Shir Hajj, the late Sgt. Erez Orbach, the late Sgt. Yael Yekutiel and the late Lieutenant Shira Tzur,” Shaked stated. “The terrorist’s family members are temporary residents who received a visa in Israel and took advantage of it for evil.”

“They will pay for the actions of the terrorist via their residency status, which is henceforth revoked immediately. This is an important and significant step in the persistent battle I’m waging against terrorists and their families and a significant tool of deterrence.”

The terrorist, who was driving a truck with an Israeli license plate, rammed into a group of soldiers as they were getting off a bus by a promenade, killing four and injuring 16, two seriously. He was shot dead by several of the soldiers and the civilian bus tour guide.

He was later identified as a 28-year-old Israeli-Arab from the Jabel Mukaber neighborhood of east Jerusalem. 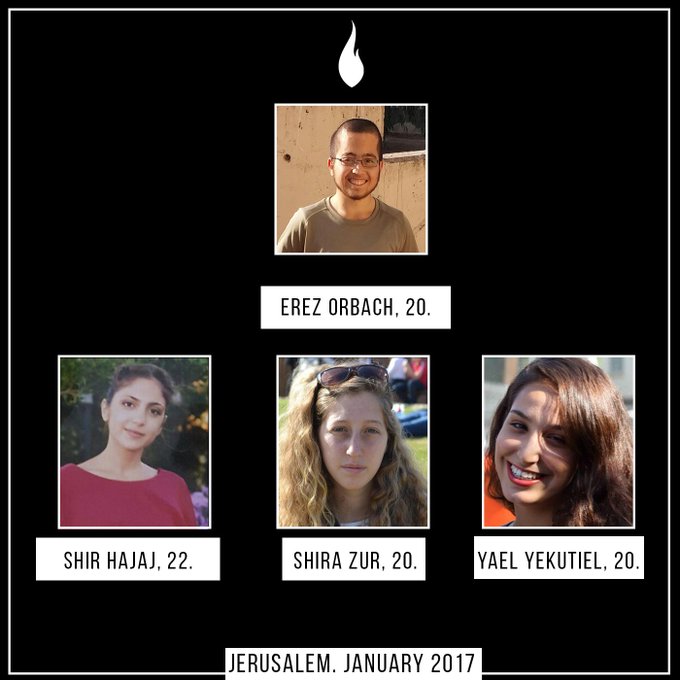