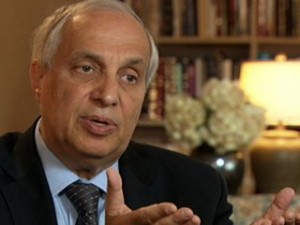 “Legal issues” are believed to be behind the postponed of a signing ceremony in the Office of the Chief Rabbinate of Israel earlier this week. It appears the Rabbanut was planning to sign an agreement by which it will accept letters attesting to one’s Jewishness and status from any of the rabbonim belonging to the Rabbinical Council of America (RCA). “Status” in this case refers to one being single, hence eligible to be married.

The delay appears to surround concerns from legal experts, who point out the Chief Rabbinate’s jurisdiction is only in Israel and this poses issues in an agreement signed with the American rabbinical organization.

Many believe the agreement, which is being hailed by the RCA, is the result of the recent controversy surrounding the Chief Rabbinate’s decision to no longer accept such letters of testimony from NYC’s Rabbi Avi Weiss. That decision was reversed about two weeks later amid heavy pressure from the US. The agreement will avoid any future controversy for the hundreds of rabbonim who are RCA members in their dealings with the Chief Rabbinate of Israel.

Ironically, Rabbi Weiss is one of the vocal opponents of the soon-to-be-signed deal with the RCA, expressing his objections in a NY Times op-ed “Rein in Israel’s Rabbinate”; where he explains the agreement fails to adequately resolve the true issue at hand. He addresses what he views as the Chief Rabbinate’s intrusion into such matters in the Diaspora and he feels the Chief Rabbinate must be removed from the process to permit the Jewish communities around the world to decide what level is acceptable for their congregants. Others objecting to the deal include the more ‘right-wing’ and chareidi rabbonim as well as the Conservative and Reform Movements.

“In a democratic state like Israel, it might seem anomalous for a centralized body appointed by the government to be invested with so much power over individual affairs. For a time, the Chief Rabbinate was perceived to serve all the Jewish people. Today it is largely seen and experienced by many Jews in Israel and abroad as an intrusive and coercive religious body. Not only does it impose Orthodox religious law on all Jews, but it also demands ultra-strict standards in most areas it oversees” he writes in the Times.

“Coercion and religion do not mix. Religious choice would benefit all. When choice is available, religion in general and Orthodoxy in particular will fare better because people will have the freedom to embrace faith willingly. An imposed religion is a disservice to the people and a disservice to religion” he concludes.