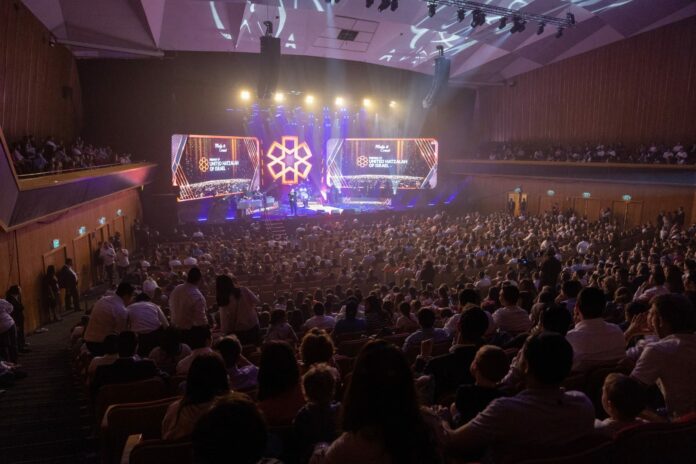 The annual concert held by United Hatzalah, which took after a 2-year hiatus due to the Covid-19 pandemic, was attended by a number of celebrities including the former US ambassador to Israel and United Hatzalah trustee David Friedman, Ben Shapiro, and others.

Mordechai Shapiro, who was performing at the concert for the third time, opened the evening and roused the crowd with some of his classic hits as well as some new material. Prior to the performance, he shared his feelings about coming back to perform in Jerusalem in support of Israel’s fully-volunteer national EMS organization. “Being in Jerusalem for Sukkot is amazing and the energy of the crowd in particular in this town is special and something that cannot be beaten,” he said. “Being invited by United Hatzalah to perform in Jerusalem in support of the lifesaving activities of the organization is therefore both an honor and a pleasure.”

The audience roared with excitement when it heard Avraham Fried’s singular voice, as the Chassidic singer made his way onto the stage to launch his segment of the evening. Fried has been a fixture of the event throughout the years and also spoke about the meaning of his support for United Hatzalah’s activities just prior to the show. “United Hatzalah President and Founder Eli Beer is one of my heroes and a hero of the Jewish people. He was kind enough to take me on a visit to the organization’s headquarters and I was amazed to see the latest technologies used for lifesaving or search-and-rescue operations. I am excited, humbled, and thrilled to be back in Jerusalem to support such an important, lifesaving organization. I think everyone should support them, they should never need to ask for people to donate they do such amazing work, I am happy to be here to support them and help bring joy and happiness to the people of Jerusalem.”

The novelty at this year’s event was the appearance of Israeli mentalist Lior Suchard, who has gained international notoriety in recent years. The audience’s thrilled reaction to the announcement of his upcoming arrival on stage was a testament to the excitement surrounding his performance at this year’s concert. Suchard didn’t disappoint, amazing the crowd with his tricks in which he picked random members of the audience and accurately guessed facts and information relating to their lives. Before the event, Suchard spoke about performing at the organization’s Sukkot show in Jerusalem for the first time. “It’s exciting and flattering for me,” he said. “I’m excited to combine the positivity that I spread in my performances, the amazing people in Jerusalem and bringing them enjoyment, all in order to support the wonderful activities of United Hatzalah in Israel and around the world.”

The event was a big success. In addition to the great show and sold-out tickets sale which will go towards supporting the EMS organization’s lifesaving activities, numerous donation pledges were made at the reception prior to the event, including a $75,000 ATV, which will be used to respond to emergencies in difficult terrain. Another notable donation was that of a Torah scroll which was donated to United Hatzalah and was finished by members of the audience just prior to the event. Toward the end of the concert, the Torah was later danced onto the stage by volunteers of the organization together with audience members in a joyful procession against the backdrop of Avraham Fried’s masterful singing.

“United Hatzalah’s lifesaving activities are possible thanks to events like this one,” Beer concluded. “I want to thank supporters and sponsors for making this event a reality and everyone for coming, by being present tonight you are being a partner in our activities. I also want to thank and dedicate this evening to our 6,250 volunteers, some of whom were responding to calls while we were enjoying this wonderful event in their honor. You, together with the donors who are here tonight, are what makes United Hatzalah function.” 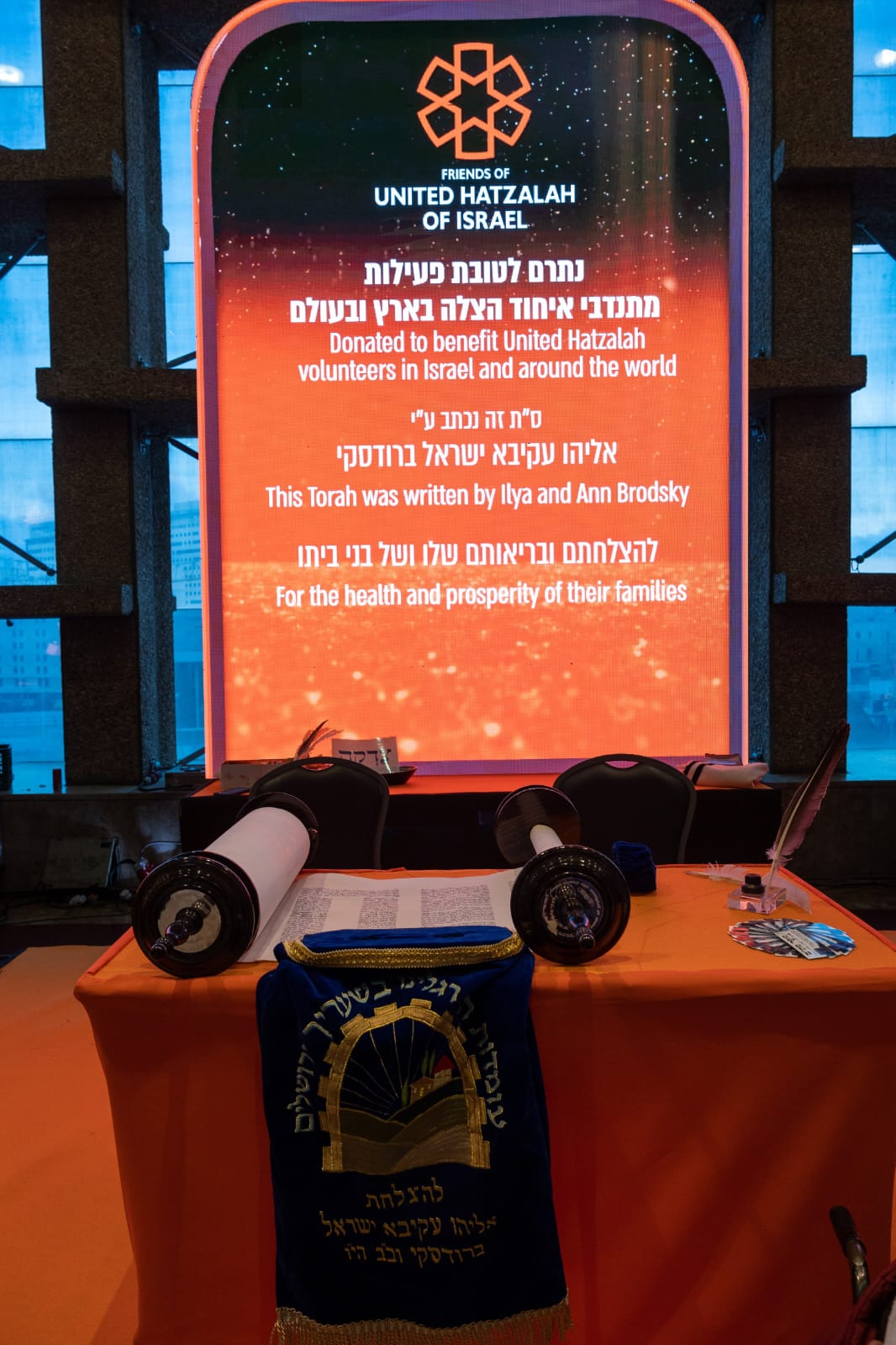 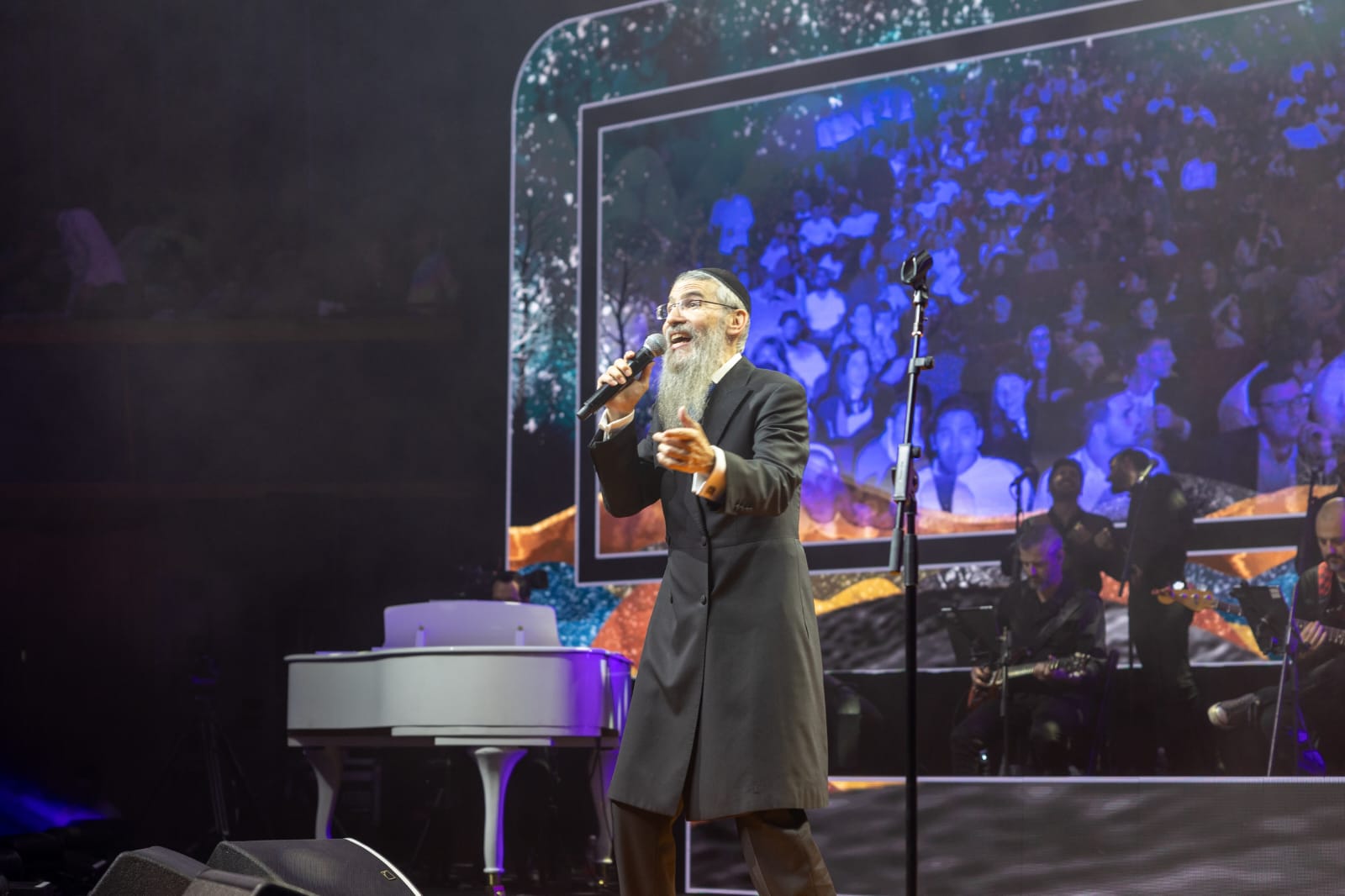 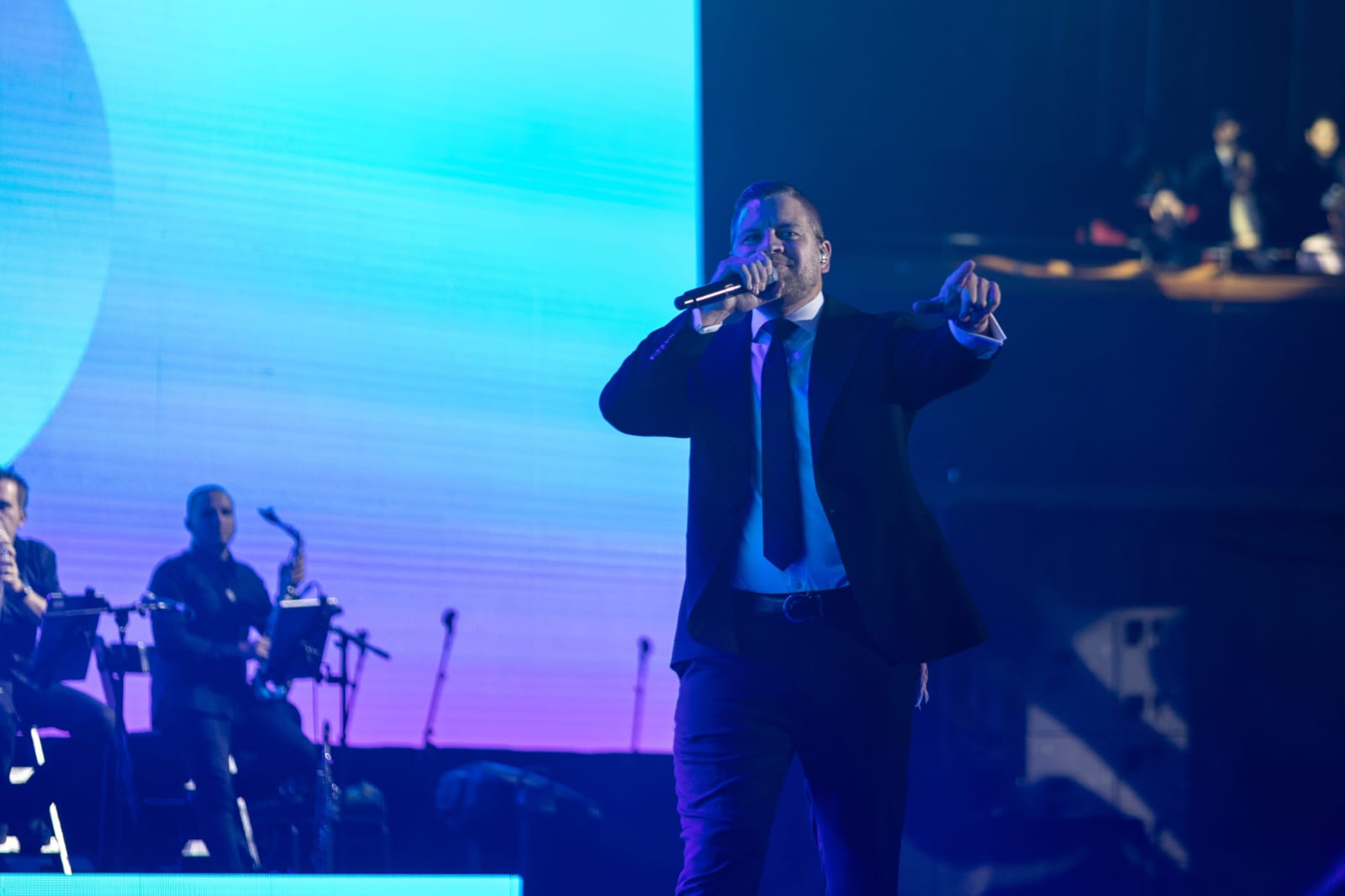 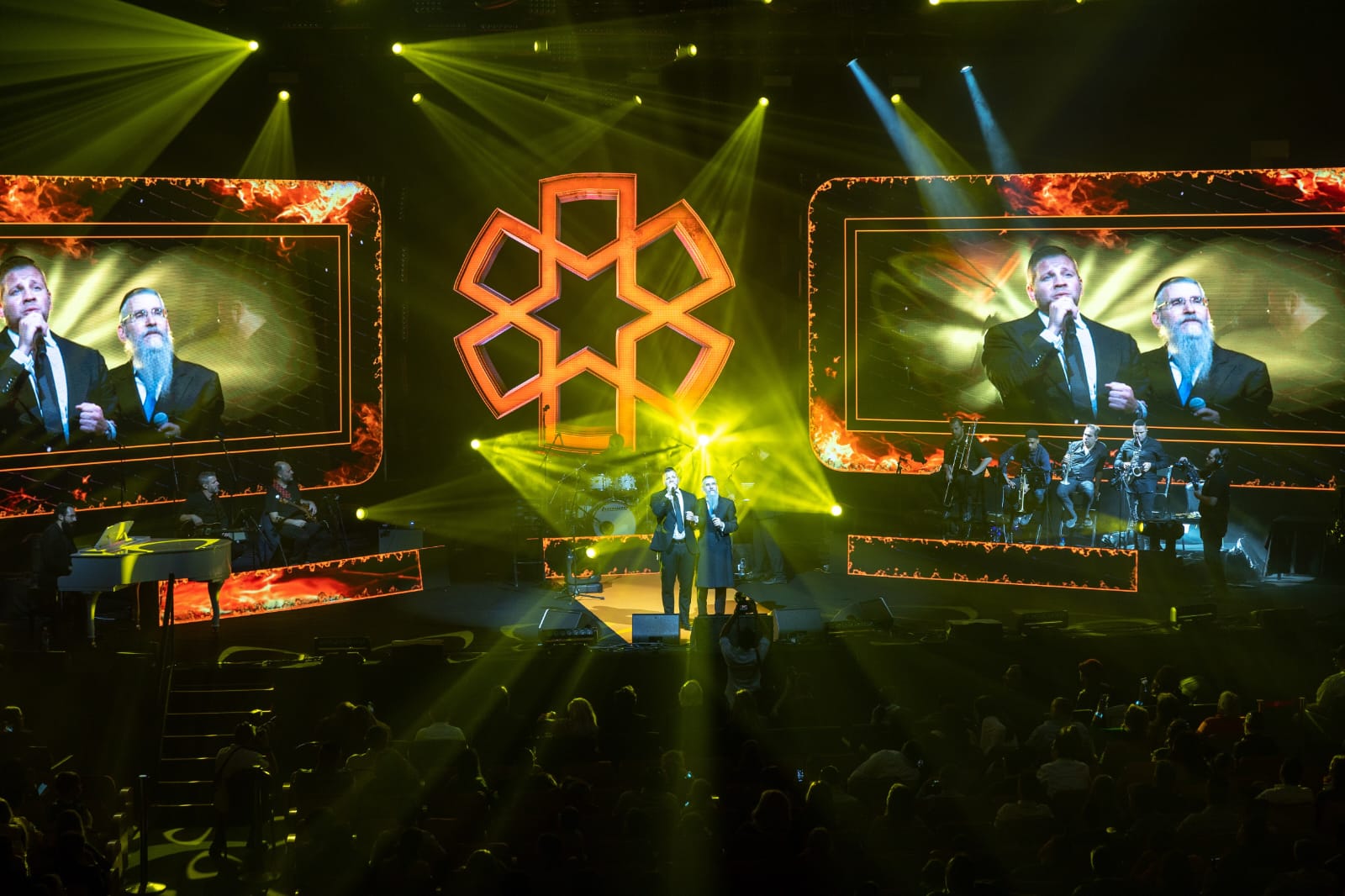 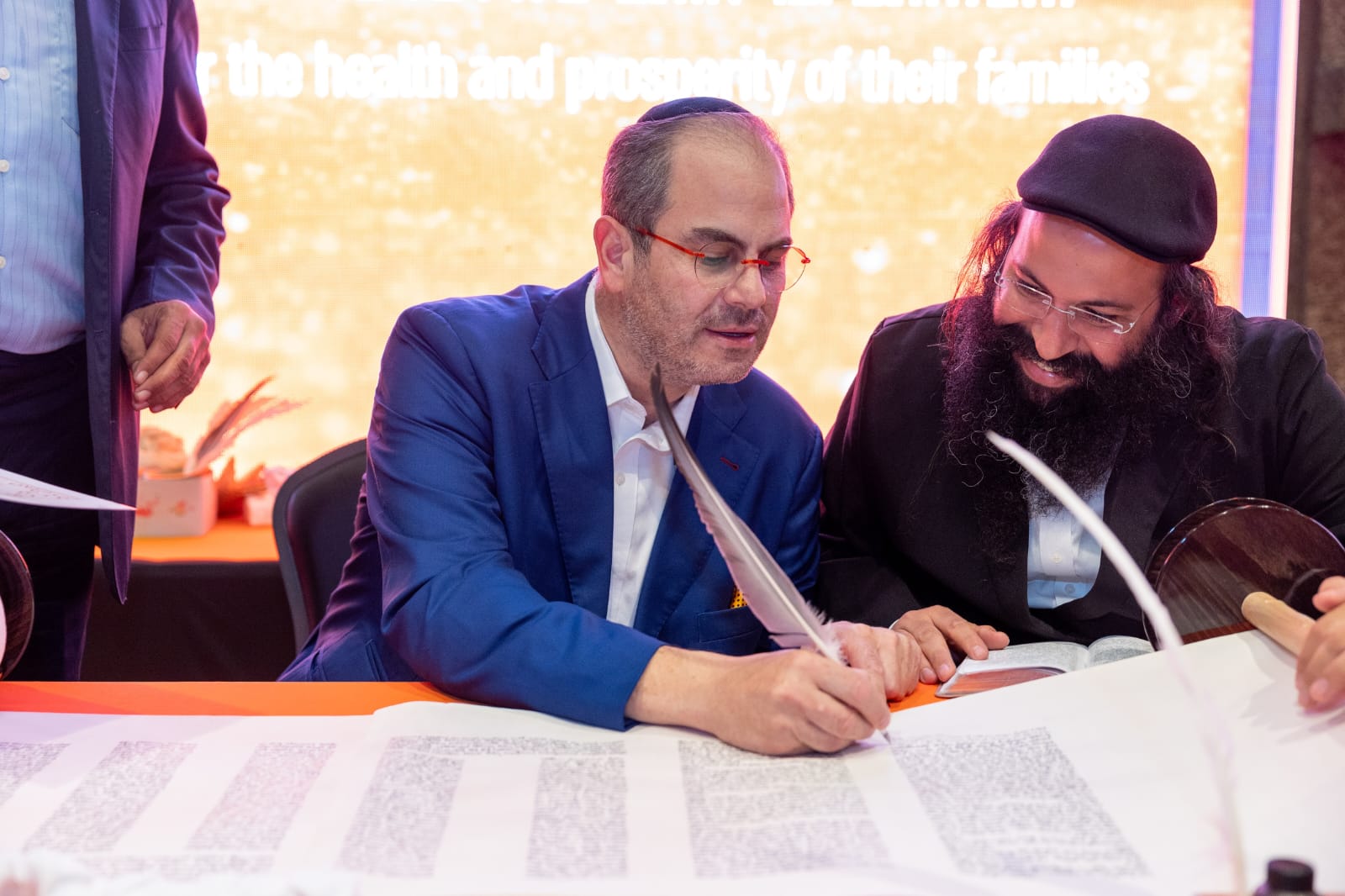 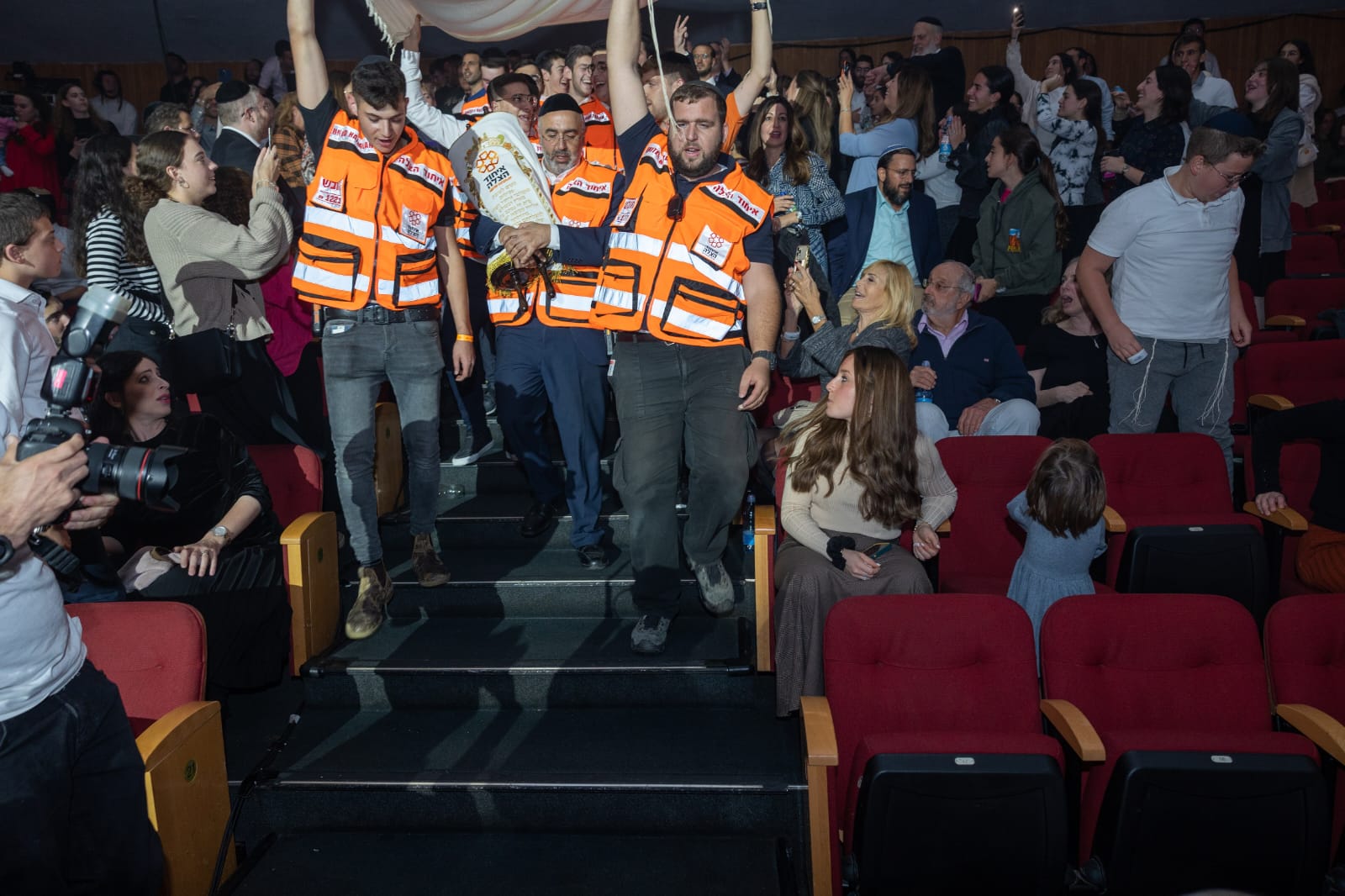