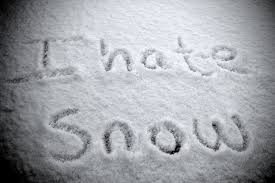 Snow continued to fall on the East Coast early Friday, a day after heavy snow, sleet and freezing rain slammed the region and power outages hit the Southeast. Here’s a sampling of what the latest round of winter weather brought:

SNOW AND MORE SNOW: As of early this month, Washington, Detroit, Boston, Chicago, New York and St. Louis had gotten roughly two or three times as much snow as they normally receive at this point in the season. Thursday’s snow totals included 9 inches in Washington and Philadelphia; 19 inches in Westminster, Md.; 14 inches in Newark, Del.; 10 inches in New York City; and more than 11 inches in parts of New Jersey.

IN THE DARK: About 1.2 million homes and businesses lost power as the storm moved from the South through the Northeast. By Thursday evening, about 550,000 customers remained in the dark, mostly in South Carolina and Georgia.

TREACHEROUS TRAVEL: More than 6,500 flights were canceled across the country, according to the website FlightAware. In Washington, D.C., the two main airports were closed. Amtrak canceled some of its trains in the Northeast and the South and modified schedules for others.

In the Northeast, Interstate 84 in New York state between the Connecticut and Pennsylvania lines was closed to commercial traffic; tandem tractor-trailer trucks were banned from highways in Connecticut. Municipalities imposed parking and travel restrictions so roadways and streets would be clear for plowing. Speed limits were lowered on some highways.

At least 21 deaths, most of them in traffic accidents, were blamed on the storm as it made its way across the South and up the coast. A pregnant woman in New York City was struck by a snow plow and killed. Her baby was delivered by cesarean section.

NOT SO LOVABLE: The latest round of dangerous weather threatened to disrupt deliveries of Valentine’s Day flowers on Friday. “It’s a godawful thing,” said Mike Flood, owner of Falls Church Florist in Virginia. “We’re going to lose money. There’s no doubt about it.” Frank Campisi of Fallon’s Flowers in Raleigh, N.C., said he’s had to move deliveries from Friday to Saturday and, in some cases, to Monday. “We’re trying to do as much as we can, which doesn’t amount to a whole lot,” he said.

UPSIDE-DOWN WEATHER: While Northeast residents suffered through bitter cold yet again, temperatures reached into the mid-60s on Thursday at the Winter Games in Sochi. Russian officials say they have not needed to tap into their snow reserves on the mountain yet and all events are taking place on schedule. In Southern California, residents basked in unseasonably warm weather on Thursday. The temperature in downtown Los Angeles hit around 80 degrees.