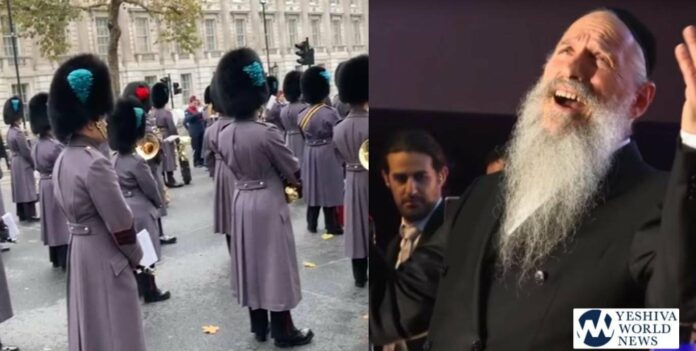 Well, this is certainly not something you see every day. With more than 1,400 people in attendance, the British Royal Guard marched to MBD’s “Moshiach.”

The event, at which British Chief Rabbi Ephrayim Mirvis was in attendance and led the service, commemorated the World War II military service of Jewish men and women. It also marked the 101st anniversary of the first wreath-laying by Jewish veterans at the Cenotaph – a central London memorial.

The costumed parading guard from Horse Guards Parade marched down Whitehall to the Cenotaph, where a wreath was laid in honor of those who served.

This year’s event also commemorated Queen Elizabeth, who passed away earlier this year.

Watch this video below!