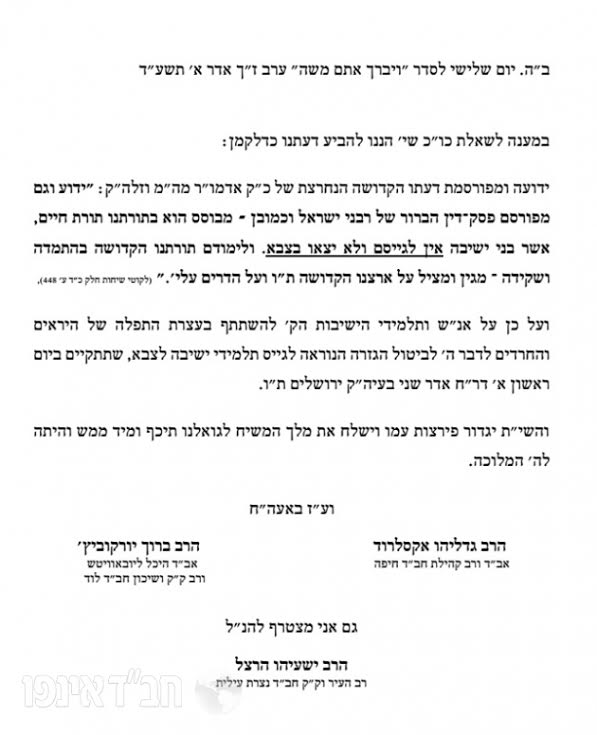 A number of prominent Chabad rabbonim in Eretz Yisrael are calling on the tzibur to take part in the Million Man Atzeres, scheduled for Sunday, Rosh Chodesh Adar I 5774.

The rabbonim explain “In light of the government’s effort to chas v’sholom draft talmidei yeshivos and impose criminal sanctions against those continuing to study the Torah HaKadosha…” the rabbonim call on Chabad Chassidim to take part in the event via their kriyas kodesh.

Other Chabad rabbonim, affiliated with SOS-Israel, have called on the Chabad tzibur to take part in the atzeres too. “This is not the time to remain silent when a sharp sword is placed on the Torah world and yeshivos in Eretz HaKodesh that the Holy One gave us. At this time we should act like Mordechai the Tzaddik “לך כנוס את כל היהודים” , to cry out and beg HKBH to remove the harsh gezeiros against Am yisrael quickly that we should have an eternal redemption and merit the building of the Third Beis HaMikdash and the coming of Moshiach” reads the SOS-Israel media statement.