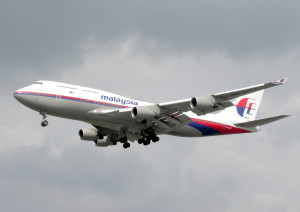 Having Shabbos in mind while booking a flight has saved a passenger’s life.

The story has been reported on the Dan’s Deals website, with an email exchange between a travel agent and a Jewish traveler.

Andy was set to travel from Sydney, Australia, on March 1st, to Hong Kong, and then to Kuala Lumpur. From Kuala Lumpur, he was to fly to Beijing, and he requested to be on a flight on Saturday, the 8th of March.

The travel agent, an Orthodox Jew, proposed a slightly altered itinerary, changing the Kuala Lumpur-Beijing flight from Saturday to Friday.

When the customer requested to change to Saturday, the travel agent responded that he would not be able to book travel for him over the Sabbath, but that he was free to book that flight by himself, saying “You know I don’t like flying Jews on Shabbat.”

After deciding to book the flight himself, Andy later emailed the travel agent that he has changed his mind, and asked if he has a recommendation on where to eat in Beijing over Shabbat.

The travel agent recommended a place to get a nice kosher meal and booked him the originally proposed itinerary, flying from Kuala Lumpur to Beijing on Friday early morning instead of Saturday.

After Shabbos, when Malaysia Air Flight 370 took off from Kuala Lumpur at 12:43 am and has yet to be located, the travel agent received an email from Andy.

“This is a true miracle for the books,” he wrote. “You are a true lifesaver.”

“Not I am the lifesaver,” responded the travel agent. “G-d and Shabbat were your lifesavers. You owe them something.”

Read the fascinating e-mail exchange between Andy and his travel agent, which was published in full on DansDeals.com.