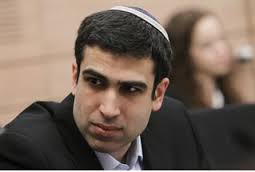 The punishment against Bayit Yehudi MK Yoni Chetboun came fast and hard for his defiance of coalition discipline and daring to vote against the new draft law.

Party leader Minister Naftali Bennett removed Chetboun from the prestigious Knesset Foreign Affairs & Defense Committee and he will be banned from introducing any private bill to Knesset during the first six weeks of the summer session. He will however continue serving as a deputy speaker since that appointment is made by a Knesset committee and not the party.

Chetboun defied coalition discipline by announcing he cannot support the new draft law for he views it as being anti-Torah. He was true to his word as the bill passed in a 67 to 1 vote, with his being the only vote opposed to the new law.