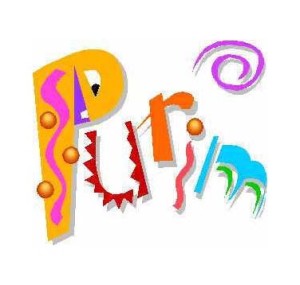 During the time of Mordechai and Esther , the Jews united on the 13th of Adar to fight and wage war, standing up for their lives. They fasted during the day of battle to beseech Hashem for mercy. This is the explanation for Taanis Esther given by Rabbeinu Tam (cited in Rosh Megillah 1:1). Hashem sees and hears every person during his or her time of need, when they fast and return to Hashem with all their heart. In order to remember that Hashem does this, all of Israel accepted upon themselves the fast of Esther.

Others explain that the fast was inaugurated to commemorate Esther’s personal fast. Esther herself fasted for three days, but she did so during the month of Nissan. However, since Nissan is the special month when we were redeemed, and it is also when the Mishkan was erected, Chazal determined that the fast should be observed in Adar.

Taanis Esther is not as stringent as the four written fasts found in the Neviim. As an aside, the fast is not mentioned in Neviim or Ksuvim (even Megilas Esther) nor in the Mishna or Gemorah. Indeed, the Rif, Rabbi Yitzchok Alfasi does not discuss it at all either.

Once the 13th of Adar was known as “The Day of Niknor” and it was actually forbidden to fast on this day (as stated in Megillas Taanis). That day was a time when the Chashmonayim were victorious over a Greek enemy and it was established as a mini-Holiday. Eventually, all the holidays mentioned in Megilas Taanis were abrogated, with the exception of Chanukah and Purim. Although the Day of Niknor was negated, the Megilas Taanis states that one is forbidden to fast the day before a holiday as well. So even though the Day of Niknor was negated, the issue of fasting must still be addressed. The Orchos Chaim (Rav Aharon of Luniel) in his Hilchos Megillah UPurim (chapter 25) addresses this issue and suggests that only a Taanis Tzaar – a fast of affliction is forbidden but Taanis Esther is not a fast of affliction but rather a commemorative fast.

The Gemorah in Megillah 2a does mention that the 13th of Adar is known as a day of gathering – Yom Kehillah. However, the first mention of Taanis Esther as we know it is in the Sheiltos of Rav Achai Gaon in Parshas VaYakhel (67:18). He translates the Gemorah in Megillah 2a to mean that it is a fast day. Yet it is strange that there is no mention of a fast in the Talmud itself. It seems that the Minhag developed during the time of the Gaonim in Bavel. In Eretz Yisroel the fast commemorating Esther actually occurred after Purim, and took place three times as we see in Meseches Sofrim (17:4), a post-Talmudic Eretz Yisroel source.

The machzor Vitri 245 attributes to Rashi the quote that it is “lo midivrei Torah velo midivrei sofrim ellah shenahagu ham kain – neither of Torah origin nor of Rabbinic origin, rather the nation conducted itself thus.” Regardless, the practice is now universal and has become normative halacha.

Because Taanis Esther is not as stringent, when necessary, therefore, one may be lenient as in the case of expecting or nursing mothers. Also, if someone has a severe headache or something similar, one can be lenient too. Others, however, should not separate themselves from the community and should fast. The custom among some groups in Klal Yisroel for the women not to fast is incorrect and should be stopped.

Rav Moshe Feinstein writes that if a person is having difficulty fasting, he or she may eat a small amount of food 41 minutes after sunset – even before the Megillah reading.

When reading the Torah at Mincha of Taanis Esther, only those who are fasting should receive an Aliyah. If there is no Levi present who is fasting, then the Kohain should be called twice.

When Taanis Esther is observed early on a Thursday before Sunday Purim, Tachanun and Avinu Malkeinu are recited at Mincha. Mchatzis HaShekel is also still given on this day as well.