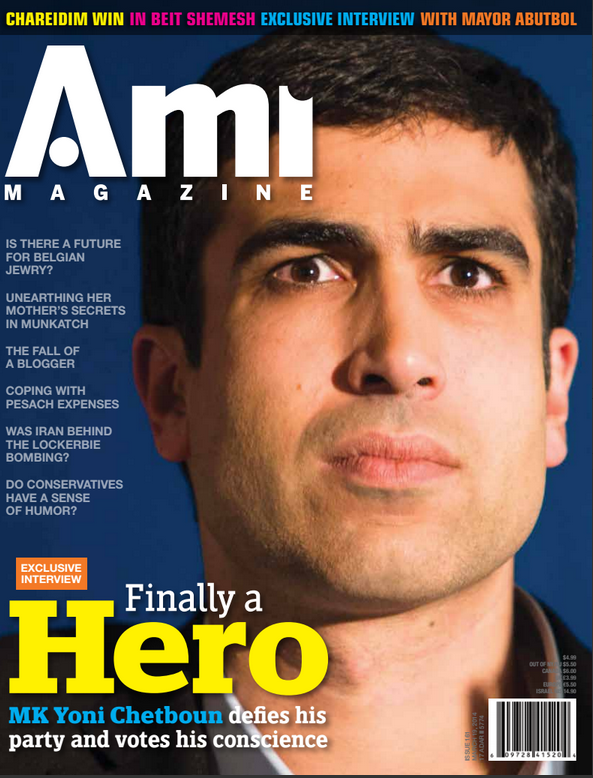 The recent Knesset vote to draft yeshivah bachurim pained Jews around the world. A shining light amid the darkness was the bravery shown by one member of Knesset, Yoni Chetboun, who defied his party, Bayit Yehudi, and risked retaliation by casting the single vote against the bill, resulting in a final tally of 67-1. Chetboun was immediately censured by Bayit Yehudi leader Naftali Bennett, who removed him from the prestigious Foreign Affairs Committee and instituted other sanctions against him.
In an exclusive interview with Ami Magazine, Chetboun, himself an IDF veteran, explained his reasons for opposing his own party and how he sees his future. He said, “I’m not afraid of anything. I won’t be scared if I lose my political position. The important thing is to remain on the right derech.”
Read the entire interview in this week’s Ami Magazine.
(AMI NEWSROOM)