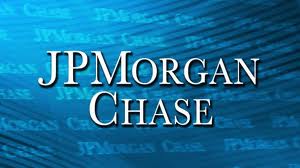 Russia’s Foreign Ministry said on Tuesday U.S. bank JP Morgan had “illegally” blocked a payment from its embassy in Kazakhstan to insurance agency Sogaz “under the pretext of anti-Russian sanctions imposed by the United States”.

In a statement on its website, the Russian Foreign Ministry suggested the action, which it called “unacceptable, illegal and absurd”, would have consequences for the U.S. embassy and consulate in Russia.

“Washington should understand any hostile action against a Russian diplomatic mission not only constitutes a flagrant violation of international law but is rife with consequences that will inevitably effect the work of the embassy and general consulate of the United States in Russia,” the statement said.

Sogaz is partly owned by Abros, according to the Sogaz website. Abros is a subsidiary of Bank Rossiya, according to Russian media reports.

Bank Rossiya was sanctioned by the White House last month in part of a widening effort at punishing Russian President Vladimir Putin’s inner circle over Moscow’s role in the Ukraine crisis.