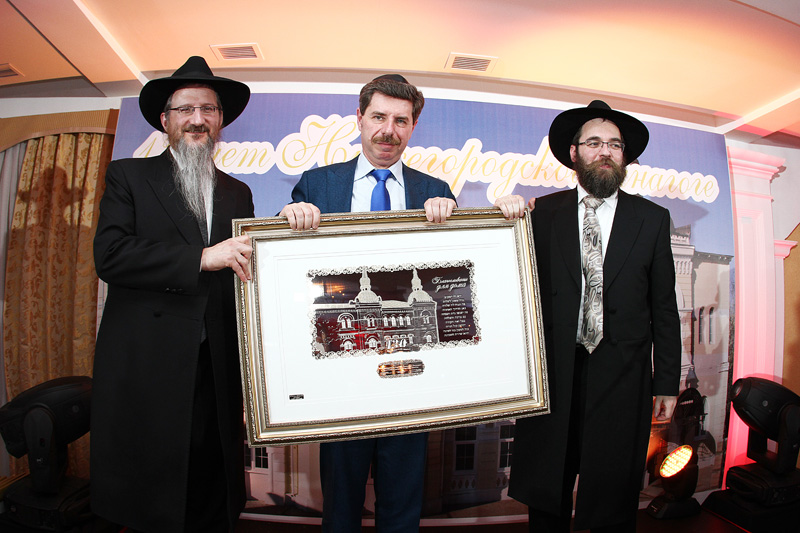 Hundreds of community members and distinguished guests, headed by Chief Rabbi of Russia Berel Lazar, celebrated this Sunday the 130th anniversary of the grand Synagogue of Nizhny Novgorod, Russia. The festive event opened with the inauguration of a new Sefer Torah, dedicated by Mr. Piaksel in memory of his parents.

After the last letters were written, the hundreds of participants marched throughout the city’s streets in a colorful musical parade until they reached the ancient Synagogue where dancing was held in honor of the new Torah scroll.

Later in the evening, the crowd was addressed by the city’s Mayor and District Governor and by Rabbis Lazar and Bergman.

The event concluded with a special ceremony in honor of the Synagogue’s recent renovations and a new Mezuzah was affixed to the main doorway.