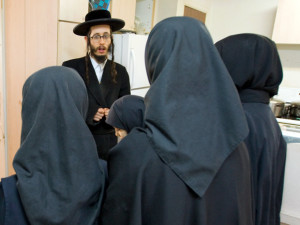 As a result attorney Guidy Mamann says about a dozen children were briefly taken by the Children’s Aid Society. However, as of 6:30 p.m. Wednesday, CAS had returned all children to their families.