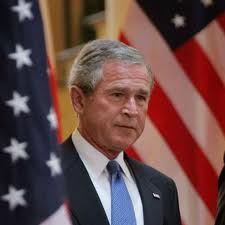 His portraits of 24 world leaders include Tony Blair, Vladimir Putin and the Dalai Lama. The paintings will be shared with the “Today” audience.

Former first lady Laura Bush will join her husband for a portion of the interview inside the art studio in their Dallas home.

The exhibit, titled “The Art of Leadership: A President’s Personal Diplomacy,” goes on display Saturday at the George W. Bush Presidential Library and Museum in Dallas.

Bush, who left office in 2009, has taken up oil painting in recent years.

He says the subjects of his portraits have earned his admiration as leaders.