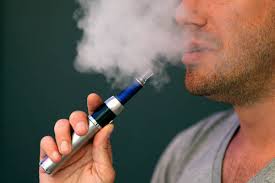 The party opposes a bill before the state Legislature to make restrictions on smoking in public areas applicable to so called e-cigarettes. The conservatives argue that people should make their own decisions and that the measure would continue the “Nanny State” role of government.

Proponents of the bans say they are aimed at preventing the re-acceptance of smoking as a societal norm, particularly among teenagers.