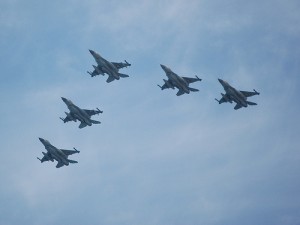 For the first time in years the Israel Air force will not take part in training maneuvers together with over 100 US Air Force planes in the Nevada Desert. The reason given in Israel is the lack of funds in light of heavy budget cuts to the IDF. The move is in line with recent statements released by IDF Chief of Staff Lt.-Gen. Benny Gantz in which he explained he will do his utmost so that the lack of training for reservists will not compromise the nation’s state of preparedness. Gantz stressed the cancelation of training exercises for infantry and other ground forces is not a ploy, but a reality dictated by new budgetary constraints.

Over 100 US planes and allied air forces from Europe take part in the major event, which experts explain is a major training opportunity for IAF pilots for a number of reasons including the distance and the opportunity to work with planes from a number of nations.

Nevertheless, military officials are releasing messages that this year, Israel will not take part in the major training event.