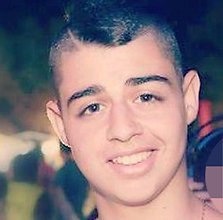 An IDF military court on Monday, 2 Tammuz addressed sentencing for the 16-year-old terrorist from Jenin who murdered IDF soldier Edan Atias. The 19-year-old soldier was brutally stabbed repeatedly while on a bus in the Afula Bus Station about six months ago.

His mother, Elya Atias presented a letter to the court, asking the military judges not to show the murderer any mercy.

The prosecution is seeking life imprisonment while the defense attorney is asking for leniency due to the murderer’s young age. A sentencing hearing date has been set.