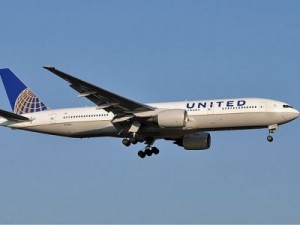 United Airlines will be the first U.S. carrier to resume flights to Israel after a two-day hiatus caused by combat in Gaza .

The Chicago-based airline says it will resume service to Ben Gurion Airport in Tel Aviv with a 4:45 p.m. eastern flight from Newark Liberty International Airport in New Jersey.

A second United flight will leave Newark at 10:50 p.m. eastern.

The decision comes hours after the Federal Aviation Administration lifted its ban on U.S. flights in and out of Israel, which the agency had imposed out of concern for the risk of planes being hit by Hamas rockets.

Delta Air Lines and American Airlines, the two other U.S. carriers that fly to Israel, have said they are still evaluating their plans.