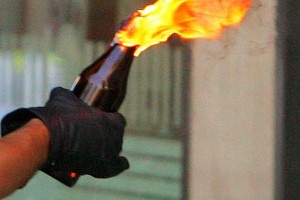 An unspecified number of firebombs were hurled at a shul in Wuppertal, in Western German during the night, Ynet reports.

German police announced that an 18-year-old suspect has been taken into custody. Police are searching for two additional suspects as well. No other details have been reported in the attack.