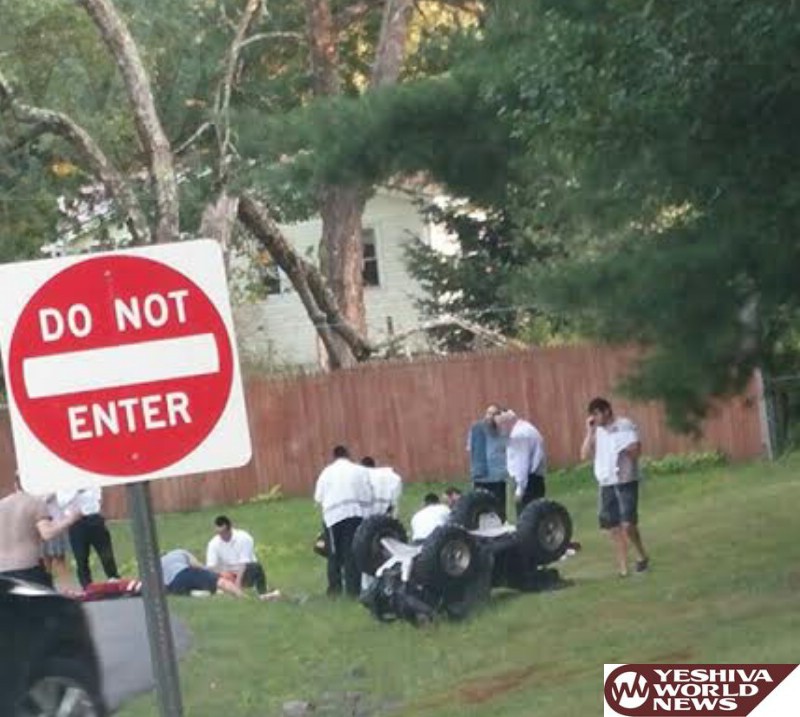 A man was critically injured while riding an ATV this past Friday, and the family has added a name for Tehillim.

The accident happened on Friday afternoon at Evergreen Estates in Loch Sheldrake, NY. The man’s daughter was on the ATV at the time of the crash. It appears the ATV overturned, ejecting both of them from the vehicle. Catskills Hatzolah had a medevac respond and the man was airlifted with a serious brain injury to a trauma center. The daughter is reportedly in stable condition, but the father remains in a coma R”L.