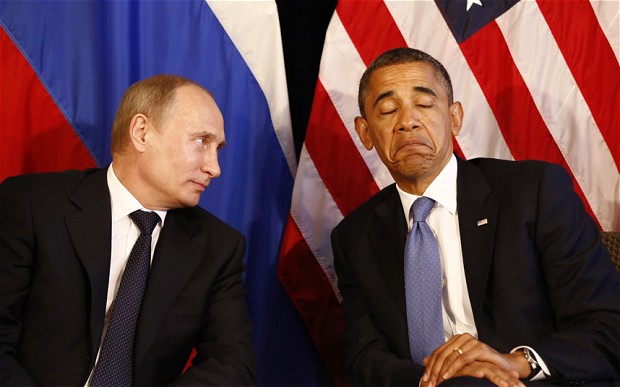 The White House accused Russia on Friday of escalating its destabilizing activity in Ukraine in a way that is “extremely dangerous and provocative,” but stopped short of confirming NATO’s assertion that a Russian military column had ventured into Ukraine overnight.

The Ukrainian president says his forces destroyed most of the convoy. National Security Council spokesman Caitlin Hayden said the U.S. was not in position to confirm those reports but was working to gather more information.

Tensions have been rising in the region after Ukraine agreed to allow a Russian aid convoy to enter eastern Ukraine. Kiev and the West were suspicious that the mission could be a pretext for a Russian military incursion into eastern Ukraine, where government forces are battling pro-Russia separatists and clawing back rebel-held territory.

In their first telephone conversation since late April, Shoygu also assured Hagel that the convoy of more than 250 trucks “was not to be used as a pretext to further intervene in Ukraine,” according to the spokesman, Navy Rear Adm. John Kirby.

Kirby said Shoygu “acknowledged that the goods would be delivered and distributed under the International Committee of the Red Cross,” and Kirby said Shoygu assured Hagel that “Russia was meeting Ukraine’s conditions.”

Hayden, the National Security Council spokeswoman, said that even as the U.S. investigated the reports of a military convoy, there were other signs of Russia escalating the crisis in recent weeks. She said Russia has been firing artillery and rockets into Ukraine on a regular basis and moving rocket launchers and surface-to-air missile systems across the border to fire on Ukrainian positions.

Hagel and Shuygu also agreed on the need for follow-on meetings about compliance with a 1987 arms treaty that banned ballistic missiles of intermediate range. The Obama administration in July publicly accused Moscow of violating the so-called INF treaty; Russia denies the alleged violation.