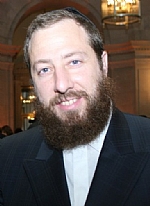 As the world continues to grapple with the uncertainties surrounding the conflict between Israel and Hamas in the Middle East, it remains a key concern for us New Yorkers.  The global community has become more and more interconnected and events that occur thousands of miles away can have a major impact on all of us.  New York State Governor Andrew Cuomo understands this.  Thus, he recently returned from a ‘solidarity trip’ to Israel.

It’s a trip that should be significant to all those who believe in the concept of fairness, democracy, and human rights.  More than a public relations campaign, this trip is very meaningful.  Its implications will hopefully continue to reverberate because of its high profile status and unequivocal solidarity with the people of the State of Israel.  It would be prudent for us to stand up and take notice.

The threat facing Israel today is perhaps unprecedented, and I’m not just referring to the physical aspect of this threat.  Israel’s very legitimacy is currently being challenged daily by those who would like to claim the moral high ground.  Governor Cuomo’s trip was instrumental in addressing these concerns.  I, among all like-minded New Yorkers, greatly appreciate his gesture in expressing solidarity with the Jewish state.

As Governor of the State of New York, Cuomo’s visit is symbolic.  New York remains a key player in international finance and plays an integral role in the world economy.  According to a report in ‘Start-Up Nation’, New York’s trade with Israel totaled more than $4.5 billion dollars last year, and some 200 Israeli start-ups are estimated to be located in New York City alone.  So the message of the Governor’s visit is not just political in nature.  It expresses the economic best interest of his millions of constituents.

In the end of the day, the economic outlook of the two states are intertwined.  A nation of less than 8 million people, Israel has 65 companies listed on the NASDAQ, more than any other country outside of the United States and Canada.  It’s also got the highest number of start-ups per capita of any nation in the world.

Governor Cuomo recognizes this.  That’s why he is so determined to stand with Israel during these trying times.  His visit has captured both national and international headlines, allowing the world to see that the governor of this most populous state (and perhaps a potential national leader) expresses a keen understanding of the very delicate and sensitive position that Israel finds itself in.

To the best of my knowledge, Governor Cuomo is the very first governor to visit Israel since this crisis started more than a month ago.  The visual effect of watching him visiting an actual tunnel from which Hamas fighters can indiscriminately attack Israeli citizens is a powerful one for the world to see.  More than anything else, the world at large — including the Europeans — must be made to understand that the State of Israel has a key partner in the State of New York.  As their economies are closely linked, they inevitably enjoy deep reservoirs of mutual support.

There is a saying that goes:  The best defense is an offence.  There are those in this conflict who engage in this strategy by relentlessly attacking Israel for killing innocent civilians.  Yet it is mind boggling to me how any remotely objective person could consider equalizing the missiles being fired at Israel with the tempered Israeli response.  It’s almost like the child who murders his parents and then cries because he’s an orphan!

Of course we mourn the death of the innocent Palestinians.  And the destruction of Gaza neighborhoods is also heart wrenching.  But we place the blame solely and squarely on the shoulders of those who have decided to terrorize Israel.  As the Governor said during his trip:  “We understand what you are facing and we support your right, your need, to defend your people against terror.”

Time and again during his stay in Israel, the Governor connected the common goals and aspirations of Israel and New York.  “The fight that you fight,” he said, “is the fight against terror.  Unfortunately in New York we’ve had a rude awakening to the pain and suffering that terror can cause back in 9/11.  So we have a special sensitivity in our hearts for what you’re going through now.”

He also highlighted the fact that we share a common enemy.  “They’re against Israel,” he said, “because Israel is a democracy.  And those that oppose democracy oppose Israel here in the Middle East and they oppose us.”

In many respects, an expression of solidarity with Israel is identification with peace.  As New Yorkers, we understand Israel’s quest for peace.  After the Six Day War, Israel found itself in control of Gaza.  It relinquished that control years later, providing the Palestinians an opportunity to show the world that they can indeed govern their people respectfully and generate a better future for the coming generations.

But that didn’t happen.

Instead, billions of dollars were poured into the building of terror tunnels which the Governor himself toured.  Upon emerging from those very tunnels, he said, “You see that network of tunnels and it reminds you of how tenacious and aggressive the enemy is.  It will not stop.  You thwart them on one level and they will come back on another.”  Governor Cuomo by personally traveling to Israel recognized the potential of these tunnels to wreak havoc on Israel‘s civilian population.

I am certain that the Governor, as well as all of us, would love nothing more than to be able to celebrate peace between Israel and the Palestinian people.  But until that day comes, we need to understand the precarious position that Israel is in and to express our steadfast and unwavering kinship with its brave people.  Personally, I would be delighted to see an additional forty nine governors visit Israel, perhaps within the next forty nine days.  The world at large must see this as well.  They must understand that it’s not just the Congress of the United States that stands shoulder to shoulder with the Israeli people.  It is also the governors — every single one of them — who represent some three hundred million Americans standing together in supporting the State of Israel.

*Ezra Friedlander, is CEO of the Friedlander Group that spearheaded the efforts to commemorate Raoul Wallenberg and President Shimon Peres with the Congressional Gold Medal