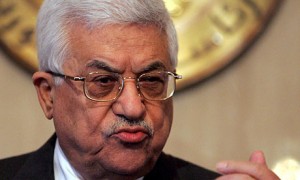 On Sunday September 7, 2014, PA Chairman Mahmoud Abbas (Abu Mazen) will present his peace plan for Israel to the Arab League in the hope of obtaining the league’s blessing for the plan. His plan calls for mapping out future borders and then spending six months to address core issues – all with the understanding Israel will withdraw from Yehuda and Shomron within three years.

One of Abu Mazen’s advisors Muhmad el-Habash said “President Abbas is interested in obtaining the Arab community’s support so he can take the plan to the international community in the future. El-Habash made his remarks to a Jordanian newspaper. He explains the two sides will map out the borders during a three-month period. They will then address the difficult core issues including refugees, Jerusalem, settlements, security and water.

He insists that when talks begin to map out the borders, all construction in all “settlements” must be halted and a fourth release of terrorists incarcerated in Israeli jails will take place. He refers to the terrorists that Israel was planning to release but has not.

Habash added that if Israel does not agree to the terms and/or the timetable, the PA will begin unilaterally moving forward, politically and diplomatically towards compelling Israel to accept a peace agreement.