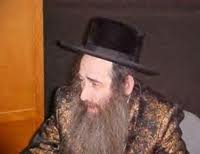 A recent survey conducted by a research institute in Israel asked participants the following question: “Do you fast on Yom Kippur?” The respondents’ answers revealed that close to three quarters of Israelis fast throughout the day of Yom Kippur. This includes all religious and traditionalists in good health, and about half of the secular population.

Why do secular Jews fast on Yom Kippur?

According to the survey, among those who responded that they indeed fast on this day, a portion stated that their reason was because of the respect they feel for Jewish traditions. Others felt it was a matter of national identity and unity with their fellow Jews who fast, while only a small portion responded that they wished to fulfill this mitzvah as a religious function.

When I contemplated this, I came to the conclusion that the responses of “respect for tradition” and “national identity” were only external manifestations of a deeper spiritual truth, since it is not natural for a person to cause himself so much pain, refraining from eating for a full 25 hours, for such shallow reasons. There is no doubt that, at least subconsciously, their urge to observe the fast flows from a natural desire hidden within every Jewish soul to fulfill the commandments of Hashem. Intuitively, they seek to purify their soul through atonement of sin and, thereby, merit blessings of goodness from Heaven for the coming New Year. This corresponds with our understanding that there is a natural faith hidden deep inside the heart of every Jew.

Indeed, even amongst those secular Jews who are unable to overcome the inclination to eat on Yom Kippur, the vast majority refrain from working on this Holy Day. Also, out of respect for the holiness of the day, most entertainment venues are closed, including various media outlets. Admirably, their feet take them to the synagogue. This is not only the case in in Israel—we have witnessed this phenomenon throughout the world, in every generation. On Yom Kippur, many synagogues that remain half-empty or worse all year long fill up. Many Jews who never attend synagogue any time during the rest of the year visit shul on this day.

The reason they come to synagogue is because when Yom Kippur arrives, every Jew feels that he is missing something if he remains alone. The powerful feeling of connection and partnership with the entire Jewish People draws all Jews together. It is difficult for them to explain the root of this feeling. Some feel this is no more than a shallow matter of habit; some might apply some poetic attribution to it; whereas others may see this as no more than a social matter. However, as we have explained, the true root is planted within the Jewish Soul, which understands that Hashem is the One who gives life and blessings. This feeling particularly comes from the fulfillment of mitzvos, which wakes them up to come to a House of G-d on this Holy Day. On this day, the holiness concealed in every Jewish Soul is revealed.

However, this begs another question: Every week we have a Holy Day called Shabbos Kodesh. Why doesn’t the holiness of the Jewish Soul awaken secular Jews to keep Shabbos as it does Yom Kippur?

To further illustrate this puzzling point, it is worthwhile relating the following story: Once an Israeli soccer player was playing in a game on Yom Kippur itself. Even the secular Israeli public made an outcry against this soccer player who desecrated this holy day, notwithstanding that they themselves cheer for this same player every Shabbos despite its desecration! What is the reason for this odd discrimination between Shabbos and Yom Kippur?

The answer is, Yom Kippur is the only day of the year when the Yetzer Hara has no permission to tempt a person to sin, thereby, separating the person from his Maker. The reason some secular Jews can ignore even Yom Kippur is not because of the Yetzer Hara, but rather, because they are so mired in materialism through the entire year that their habits become second nature. This also explains why the survey data revealed that among the secular population, a higher percentage of young people fast than older. Their young souls have not yet been covered up with as much materialism as the souls of older people. Thus, they find it easier to tune into their souls’ natural desire to come close to Hashem on this Holy Day.

The Yetzer Hara, however, focuses it attention on the Holy Shabbos. It strives mightily to stop Jews from keeping Shabbos properly, particularly by distracting them from learning the laws and the lofty virtues of Shabbos. The Yetzer Hara understands well that the primary factor in Mitzvah observance is authentic Jewish education, studying the Torah and contemplating the greatness of the mitzvos. This serves to strengthen our special relationship with Hashem and heightens the emotional desire to be elevated and sanctified. Conversely, the individual will not want to sully his relationship with Hashem by violating His will. The Yetzer Hara will, therefore, muster all his strength to keep Jews from engaging in Torah study. He waves every manner of temptation before our eyes to keep us from coming closer to Hashem.

Yom Kippur is the most auspicious day to be rescued from the temptations of the Yetzer Hara. This day literally reveals the holiness of every Jewish Soul as evidenced by the high percentage of Israelis who fast on this day. On Yom Kippur we stand “before Hashem” without any separation and are thus purified. The Torah tells us, “For on this day you will be atoned for, to purify yourselves from all of your sins, before Hashem you will be purified.”

The Holy Yom Kippur that is soon approaching falls this year on Shabbos. This provides a double dose of holiness! Accordingly, all Jews need to use this time to resolve to study more Torah and to keep the holy mitzvos. Particularly, one should commit to Shabbos observance. Shabbos is called “the Day of the Soul.” It has the special power to lift up the Soul through the fulfillment of its mitzvos. In so doing, one will receive an outpouring of blessings for abundant goodness, as the Holy Zohar explains, Shabbos is the source of all blessings.

May Hashem grant you an outpouring of blessing for a good New Year, and all good blessings forever, Amen!