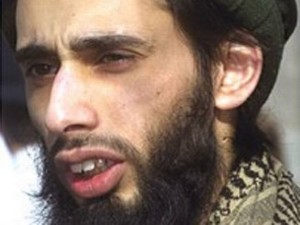 A mentally ill British man accused of trying to set up a terrorist training camp in Oregon has pleaded not guilty to four terrorism charges just after arriving in New York from Great Britain, where he had fought extradition for years.

Wearing a blue jumpsuit, he pleaded not guilty to two conspiracy counts and two counts of providing material support to terrorists. If convicted, he faces up to 35 years in prison.

London’s Metropolitan Police said Aswat was taken from Broadmoor psychiatric hospital west of London and escorted onto a plane by U.S. officials earlier in the day.

He was scheduled to be transferred Wednesday morning to a prison facility that can treat his medical issues, lawyers said.

Aswat is accused of conspiring with radical cleric Mustafa Kamel Mustafa — also known as Abu Hamza al-Masri — to set up a terrorist training camp in Bly, Oregon, 15 years ago.

His lawyer, Peter Quijano, said Aswat was taking anti-psychotic and antidepressant drugs daily, as well as sometimes taking a medication to aid sleep.

He said the charges pertained to “much more narrow conduct than he’s charged with.”

August 5, 2020 1:00 pm
5
Joe Biden is pushing back at Republican assertions that he should take a cognitive test to disprove President Donald Trump’s claim that the Democrat...

ALERT – New York To Crack Down On Speeding With Enforcement...