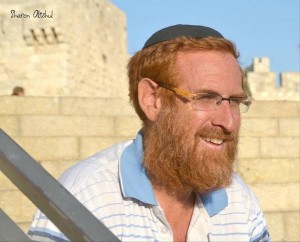 The following statement was released to the media by the Temple Institute following the attempted assassination of Har Habayis activist Rabbi Yehuda Glick after a speaking event at the Begin Heritage Center in Yerushalayim on Wednesday night the eve of 6 Marcheshvan.

“The Temple Institute condemns the shooting attack in Jerusalem against its former director Yehuda Glick, in a deliberate and calculated assassination attempt just moments after the conclusion of an annual conference on the subject of Jewish tefilla on Har Habayis.

“Yehuda is a selfless champion of the right for Jews to daven on Har Habayis who works tirelessly towards this goal, and together with all of Israel, we are deeply concerned for his welfare, and in prayer for his speedy and complete recovery.

Responsibility for this despicable act rests squarely upon the government of Israel and the Israel Police, who have allowed Har Habayis, Israel’s holiest site, to degenerate into an arena that hosts daily occurrences of unbridled and heinous expressions of Jew-hatred. From organized, Hamas-funded incitement, to ambushes against Jewish visitors, to Molotov cocktails and rocks, to spray-painted swastika graffiti. While in the political arena, PA Chairman Abbas’ recent statement that Jewish visits should be stopped ‘by all means,’ and PM Netanyahu’s ‘assurances’ to Jordon’s King Abdullah that he will not allow Jewish prayer on Har Habayis — all this has proven that violence against Jews pays and has paved the way to the attempted murder of Yehuda Glick.

“The Israeli government’s response to the attack is criminal and yet another gift to the Muslim agitators. While they have announced that the Temple Mount will be closed to both Jews and Muslims, pictures have already emerged showing known Muslims troublemakers roaming freely on the site, while Jews are locked out. We call upon our government to enforce full entry and full Jewish prayer rights immediately.

“It must be stated clearly that Jewish visitors to Har Habayis simply come to be seen by G-d in the holiest place on earth. We seek no conflict with anyone and merely want to exercise our right of freedom of worship in the heart of Jerusalem. Har Habayis should be a symbol of universal unity, peace and brotherhood of mankind

“Har Habayis is prophesized to become ‘a house of prayer for all nations’ (Isaiah 2). The attack against Yehuda Glick is an attack against every Jew who seeks to daven on Har Habayis, who seeks peace for all nations, and against every civilized human being who cherishes religious freedom and expression. To gun down a peaceful advocate for the right to pray is attempt to silence man’s hope for equality, and attempted murder against the Divine image in which all men were created”.