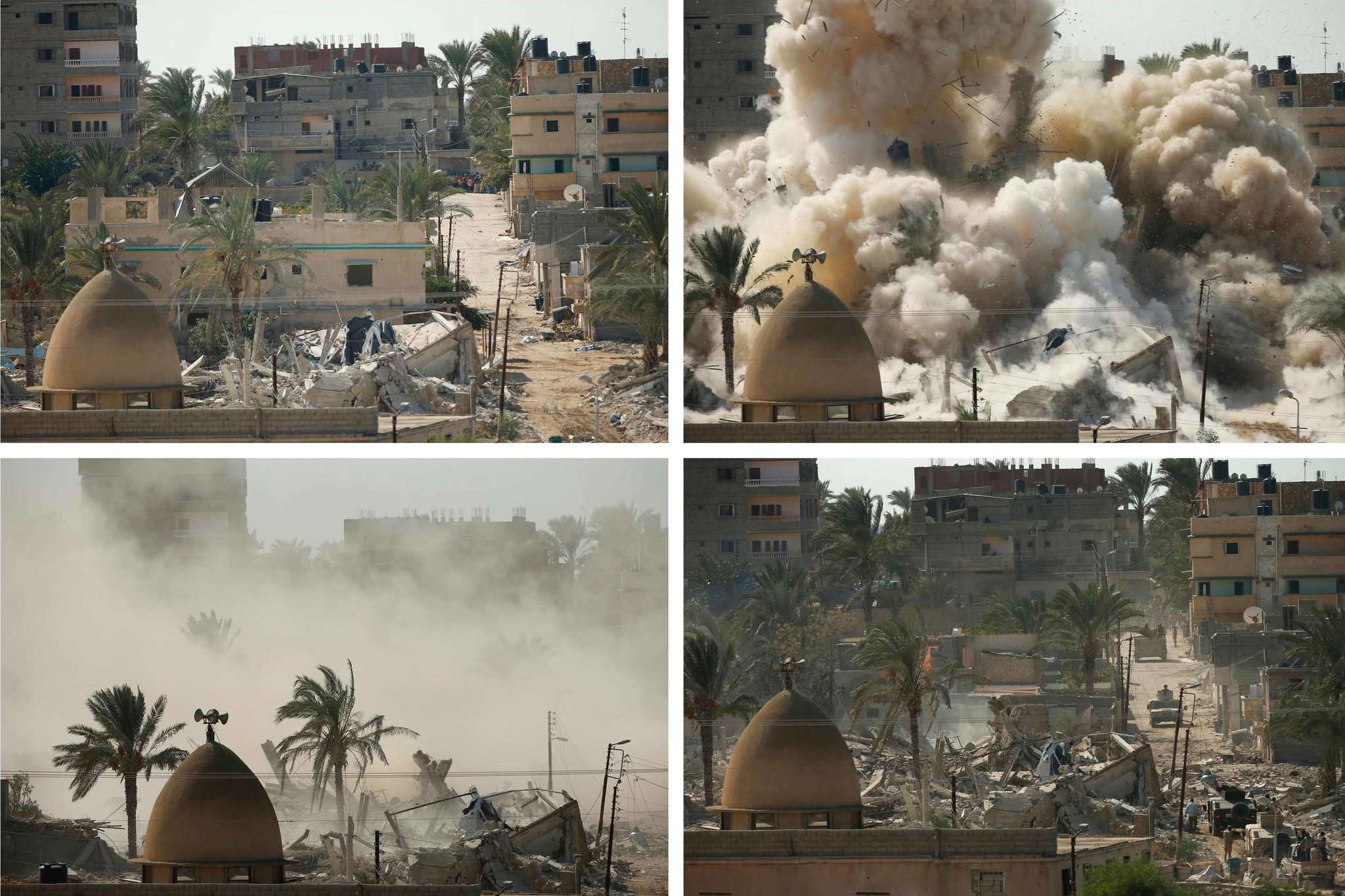 The Egyptians are not wasting time and have already begun constructing a buffer zone between Hamas-controlled Gaza. The move was announced earlier this week following a weekend terrorist attack in Sinai that claimed the lives of over 30 Egyptian security forces, an attack that Egyptian President General Abdel Fatah A-Sisi blames on Hamas.

The Egyptian media released photos of the Egyptian side of Rafiach, showing tractors and heavy equipment working in the area. Homes in the area are being evacuated of their occupants and razed to clear the area which will become the military buffer zone between Sinai and Gaza. Homes located 300 meters from the Gaza border are being removed. When the work is completed, the buffer zone is expected to reach 500-600 meters from the Gaza border.