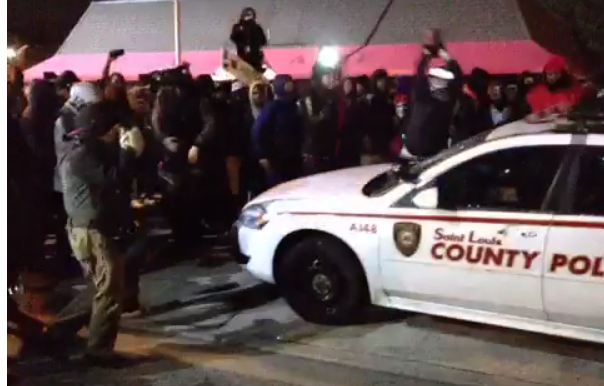 Thousands of people rallied late Monday in U.S. cities including Los Angeles and New York to passionately but peacefully protest a grand jury’s decision not to indict a white police officer who killed a black 18-year-old in Ferguson, Missouri.

They led marches, waved signs and shouted chants of “Hands Up! Don’t Shoot,” the slogan that has become a rallying cry in protests over police killings across the country.

Activists had been planning to protest even before the nighttime announcement that Officer Darren Wilson will not be charged in the shooting death of Michael Brown.

The racially charged case in Ferguson has inflamed tensions and reignited debates over police-community relations even in cities hundreds of miles from the predominantly black St. Louis suburb. For many staging protests Monday, the shooting was personal, calling to mind other galvanizing encounters with local law enforcement.