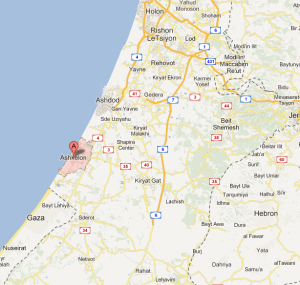 Last week Ashkelon Mayor Itamar Shimoni announced he was banning Israeli Arab construction workers in the city’s schools in light of the recent wave of terror attacks that were perpetrated by Israeli Arab residents. This includes vehicular terror attacks in Jerusalem and the massacre of mispallalim in Har Nof.

The mayor’s remarks were not received well in the political community. He was condemned by Prime Minister Binyamin Netanyahu, President Reuven Rivlin and many others. Jerusalem Mayor Nir Barkat equated Shimoni’s decision with the Nuremberg Laws.

The Israeli Arab construction workers in the city’s schools are building safe rooms to prepare the buildings for the next round of warfare with Hamas. The schools are being equipped with areas capable of withstanding rocket attacks from Gaza.

Seeking a solution, Shimoni announced that the Arab workers will return to the schools to complete the projects but the children will not be there. They will be taken to community centers to distance them from the potential security threat.