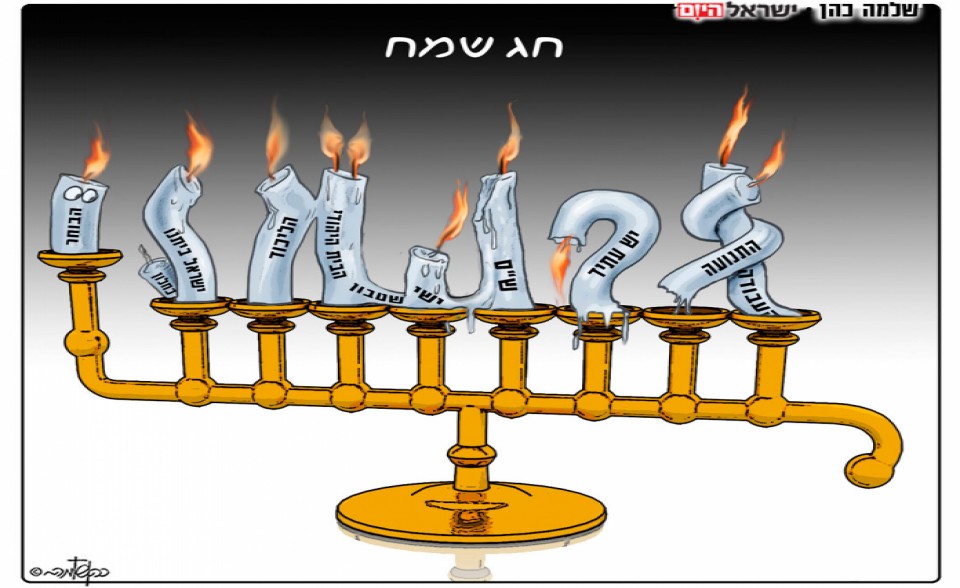 After the 19th Knesset voted to dissolve itself it sent the nation to elections for the second time in a bit over two years. As such, the news in Israel is dominated by election fever and parties and candidates vie for position in the hope of landing a better place in the 20th Knesset. This simple Chanukah photo says a great deal.