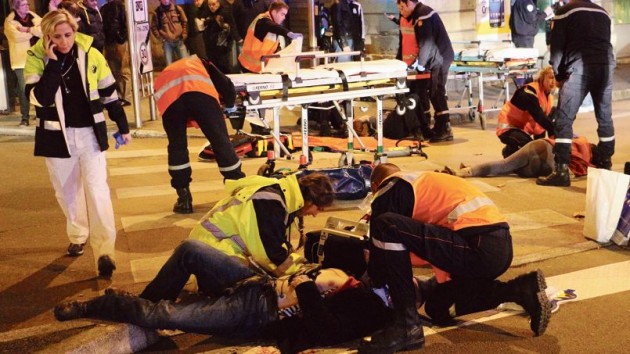 French officials called for vigilance but warned against jumping to conclusions Monday after a pair of weekend attacks – one in which a driver ran down 13 bystanders, and another in which a recent convert to Islam knifed police officers.

The driver, who had a history of psychological problems, was arrested following the attack in the city Dijon in eastern France, while the assailant who stabbed the officers outside the city of Tours was shot to death by police. None of the victims died.

The prosecutor in Dijon said the driver behind the attack in that city has a long history of severe mental illness and no links to terrorism.

The man, who is 40, has admitted his role in the attack, said prosecutor Marie-Christine Tarrare. She said he had been hospitalized 157 times for psychiatric problems since 2001, most recently this fall.

She said the man, the French-born son of North African immigrants, acted alone and had no religious motivations, but rather was upset at the treatment of Chechen children.

He shouted ‘God is great’ to give himself courage to act, and not out of religious belief, Tarrare said.

Counter-terrorist police are investigating the attack Saturday on police in a suburb of Tours, which left two officers seriously injured and a third with light injuries.

“The president calls for solidarity with the victims, the families, both for the pedestrians in Dijon and the officers in Joue-les-Tours,” said Stephane Le Foll, the government spokesman. “He also emphasized that we should not give in to panic.”